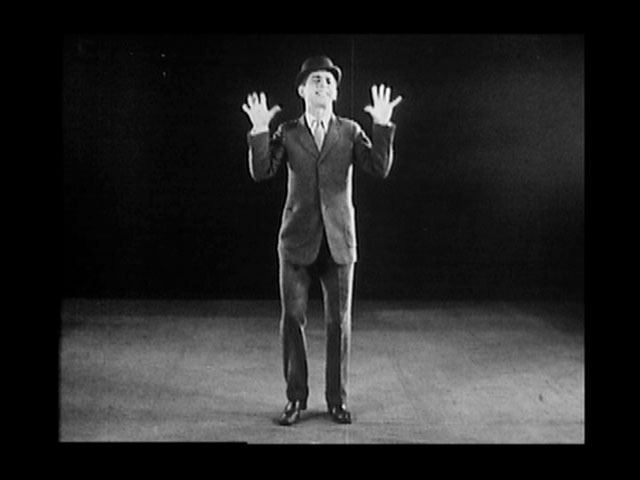 Of the many efforts to introduce sound film in the years before The Jazz Singer, by far the most determined came from Lee de Forest, then known as the “father of radio.” He had invented the three-electrode “Audion” vacuum tube, key to amplifying radio signals. Seeking an additional use for his tube, he began experimenting with synchronizing sound to moving images on the same strip of film through a technology he called the “Phonofilm.”

The public debut of de Forest’s Phonofilms in April 1923 did not impress reviewers. The New York Times conceded that the synchronization appeared perfect but found the music quality “just about the same as that from the average phonograph record.” A year later, after technical improvements, the editor of Photoplay magazine reported dryly, “Talking pictures are perfected, says Dr. Lee de Forest. So is castor oil.” The most stubborn technical impediment was that theater loudspeakers of the 1920s couldn’t match the audio range of de Forest’s recordings (and thus the films sound better today than they did to initial audiences).

The irrepressible Eddie Cantor was perhaps the most popular star to have been “Phonofilmed.” A Few Moments with Eddie Cantor, photographed in de Forest’s Manhattan studio in 1923 or early 1924, was Cantor’s first appearance on film. Born Edward Israel Iskowitz and orphaned at age three by the death of his Russian immigrant parents, Cantor was taken in by his grandmother, a pushcart peddler in Manhattan’s Lower East Side, whom he accompanied as a young juggler and street singer to earn coins. He worked his way up from singing waiter to vaudeville performer and, after 1916, headliner in Ziegfeld’s reviews and Follies. This Phonofilm captures vaudeville’s unapologetic ethnic humor through Cantor’s stories of the “Jewish man and a little boy” and the “gentleman of Hebraic faith.” Such wit was at home on the New York stage but didn’t travel well, as Cantor was to learn through the reception of his Hollywood musical films of the 1930s. What was so vibrant about his talent was tamed by the Production Code in the early 1930s but is still completely unsuppressed in this pioneering sound short.—Scott Simmon

About the Preservation
Frames-per-second speed and the soundtrack-image relationship had not been standardized when Lee de Forest made his films. Indeed, he experimented with several systems and speeds. These two sound films were originally photographed at about 21 frames per second and required inventive restoration before they could be screened with modern projectors. The original negatives were donated to the Library of Congress in 1969 by Maurice Zouary, who had purchased them in 1957. Both films were restored in 2002 by the Library in collaboration with Chace Productions of Burbank, California, through a sound services grant from the National Film Preservation Foundation.