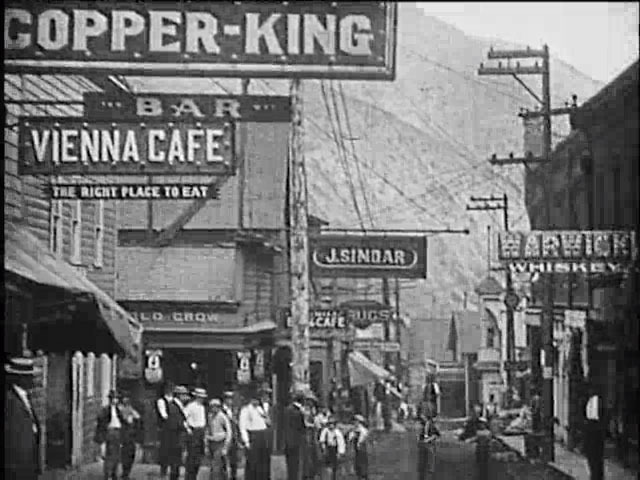 Edison’s Copper Mines at Bingham, Utah, released in October 1912, survives only incomplete, but it nicely evokes the lost mining West. The steep hillsides of Bingham Canyon were divided into ethnic enclaves, and in the excerpt we glimpse the neighborhood known as Highland Boy, home to Italian and eastern European immigrants. Bingham grew to a population of 15,000 in the next few years—through copper, gold, and silver mining—but every trace of the town, and indeed of much of the canyon itself, was swallowed decades ago by the Kennecott Copper Mine, the world’s deepest open-pit excavation.—Scott Simmon