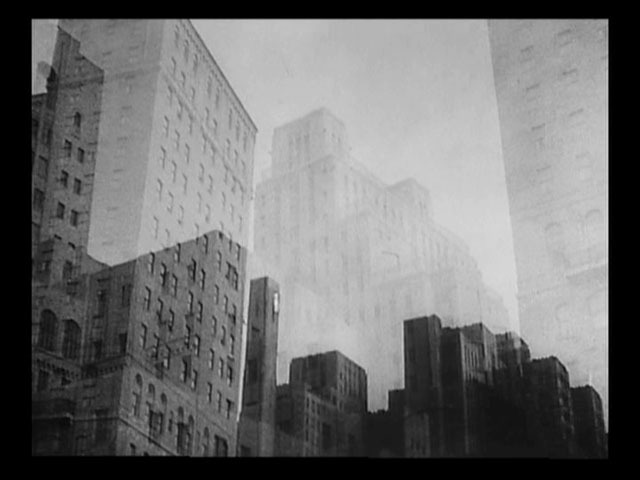 Robert Florey is the supreme instance in the silent era of a professional filmmaker whose dissatisfaction with commercial assignments led him into parallel work as an avant-garde independent.

Skyscraper Symphony, his montage of Manhattan architecture, is in a genre that would have been familiar to audiences of the new art cinema movement. “City symphonies”—documentary images of urban landscapes edited into semiabstract visual rhythms—had begun in the United States with Manhatta (1921), and others had been imported from Europe, most influentially Berlin: Symphony of a Great City (1927).

Born in Paris in 1900, Florey came to America in 1921 as a newspaper correspondent. Beginning in 1923, he directed a few shorts and minor features but earned higher salary and satisfaction as assistant to the era’s top directors— Henry King, Frank Borzage, King Vidor, and Josef von Sternberg among them—while writing books to explain Hollywood to the French. In 1925, he also began experimenting with his own short films. First to be shown publicly was the small masterpiece of expressionist satire The Life and Death of 9413—a Hollywood Extra (1927).

With the coming of sound film and consequent recruitment of Broadway stage stars, Paramount’s Astoria studio in New York City began around-the-clock production, and Florey often found himself directing through the night. Struck with the look of Manhattan at dawn, he spent three mornings filming with a 35mm DeVry camera, which could be handheld. One can get a sense of the range of New York filmmaking at this time by imagining Florey directing the Marx brothers in The Cocoanuts around the same months in mid-1929 that he was editing Skyscraper Symphony.

Skyscraper Symphony was exhibited primarily in the “Little Cinema” art theaters that flourished briefly in larger cities at the end of the 1920s, before Depression economics and sound-film technology led to their general demise. Their programs would often pair American avant-garde shorts with European features. Within a year after Skyscraper Symphony’s production, its negative was misplaced or thrown out by the art-cinema distributor with whom Florey left it, and the film became another of the many lost avant-garde silents. In the 1990s, however, a single print, originally released in Austria, turned up in the former Soviet archives in Moscow and was repatriated by George Eastman House. In such circuitous ways, a few American silent treasures are finding their way back home.—Scott Simmon

About the Preservation
Skyscraper Symphony was repatriated from Russia’s Gosfilmofond archive by George Eastman House and preserved in 2001 through the Saving the Silents project.