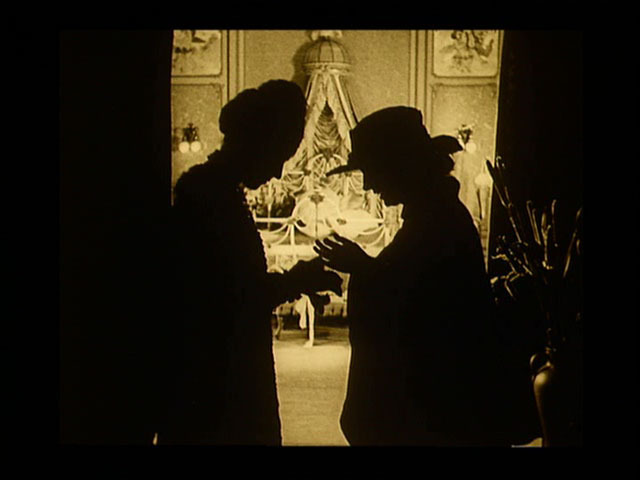 Of the four features in the Treasures III DVD set, The Soul of Youth is the most completely forgotten—and the most undeservedly so. Its director, William Desmond Taylor, is now remembered largely for his murder—a February 1922 crime still unsolved. This 1920 feature stands as a testament that Hollywood lost a distinctive talent in his prime. The Soul of Youth takes on a series of social issues through one boy’s story, beginning with unwanted newborns and going on to loveless orphanages and homeless street youths before finding a solution through the relatively new juvenile court movement.

At the time Taylor was known for three adaptations of Mark Twain—Tom Sawyer (1917), Huck and Tom (1918), and Huckleberry Finn (1920)—all scripted by Julia Crawford Ivers, a director of early features and the mother of The Soul of Youth’s inventive cinematographer, James Van Trees. Her story for The Soul of Youth was called by Moving Picture World “practically the first recognition of a demand for original juvenile fiction in the movies.” Returning from his title role in Huckleberry Finn was 16-year-old Lewis Sargent, who holds this film together without straining for hyperactive charm.

The most celebrated of the performers came from outside Hollywood. “The big wallop of the picture,” as Variety put it, “is the fact that Judge Lindsey of Denver, who is known throughout the country for his work for the youth of the nation, appears and acts in several scenes.” Judge Ben B. Lindsey (1869–1943), the key advocate for juvenile courts in America, is introduced, playing himself, two-thirds into the film to resolve the criminal charges against our hero. Juvenile courts had begun in 1899 in Chicago and, thanks to Lindsey, in Denver in 1901. Previously, juveniles were tried in the United States under the same laws and in the same courts as adults—with the result that children were either treated harshly or freed even if guilty by courts unwilling to send them to jail. Juvenile courts became one of the Progressive Era’s most successful policy innovations and by 1917 all but three states had them.

Lindsey looked for ways to “dramatize” issues and The Soul of Youth follows the many published accounts about the judge. Before dealing with our hero, Lindsey handles two cases in ways to illustrate the gentler courtroom methods he advocated in The Problem of Children (1904): “I do not believe in the doctrine of fear” but in persuading the accused to “make it in his interest to tell the truth.” Juvenile crime arising from “the poverty of hopeless homes,” Lindsey argued, paled before the crimes of “political machines and bosses.” Stymied from further reform by Colorado legislators, Lindsey made his other mark—and further enemies—as chair of the Direct Legislation League. In an irony Lindsey appreciated, the league succeeded in passing a 1912 referendum that allowed for the recall of public officials—thus enabling opponents to force him into a special recall election the following year. Lindsey credited his narrow victory to women voters (women had voted in Colorado since 1893) and to the newsboys who hawked the judge’s open letters about political graft. Thus, in this era, sentimental stories about mere “kids” became a way to remake the democratic political system.—Scott Simmon