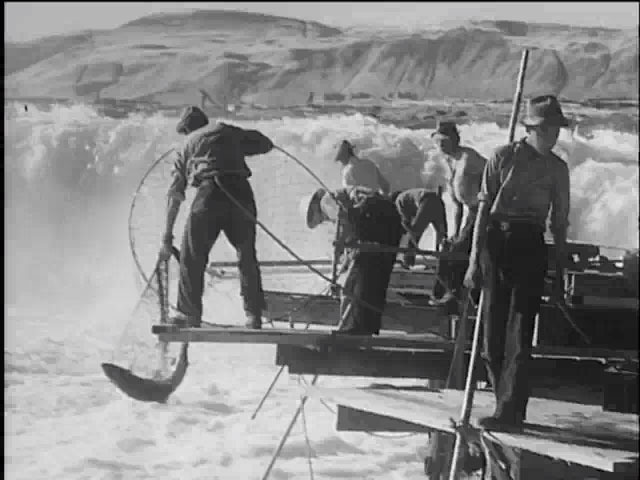 American Indians were scarce in early newsreels and generally earned appearances only when decked out in warrior regalia. Although that’s not the case here, this newsreel still relies on the convenient nostalgia of the “vanishing American.”

Depression unemployment had brought a push throughout the Northwest for public works projects to tame rivers and generate cheap hydroelectric power—with at best mixed results for Native Americans. Several distortions underpin Vanishing Redmen Net Vanishing Salmon!, its spectacular images of fishing at Celilo Falls notwithstanding. Bonneville Dam, just completed about 60 miles downstream, restricted the salmon run and created a 40-mile lake behind it, but it would be another two decades before the waters of The Dalles Dam actually submerged Celilo, probably the oldest continually occupied community in North America, and made its fishing paradise vanish.—Scott Simmon