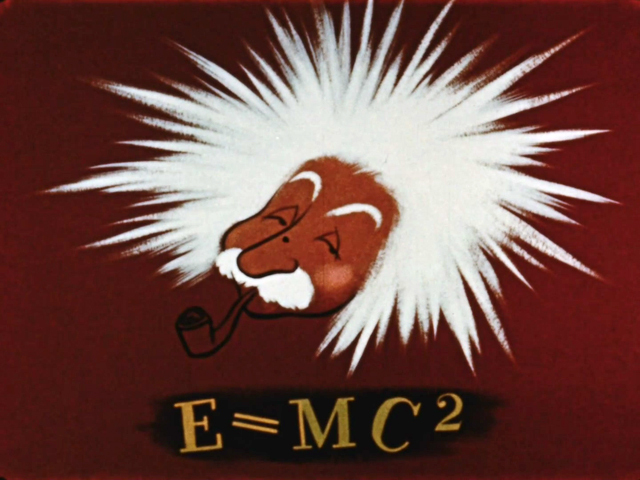 Science film positioning atomic energy as both a peaceful and a warlike force. Sponsored by a corporation involved in the nascent nuclear industry, the film is an animated introduction to atomic energy and designed to be, as a Business Screen reviewer reported, “entertaining but scientifically accurate.” The periodic table, represented as “Element Town,” depicts each element in a distinctive shape suggesting its use by humans. Radium, whose giant head resembles an atomic nucleus, decays into an unstable state and begins to jitterbug to the sound of an old Victrola. The short ends with a majestic atomic giant straddling the earth. Our future, the narrator says, “depends on man’s wisdom, on his firmness in the use of that power.”

Note: This example from GE’s Excursions in Science series presents a portentous message in a humorous, self-deprecating manner. In its first three years of release, it was seen by more than 12 million people. Ten-minute theatrical version released in 35mm Anscocolor; 15-minute nontheatrical version, in 16mm Kodachrome. Received a Freedoms Foundation award in 1954 and the Second Grand Award for science films at the Venice Film Festival in 1954.