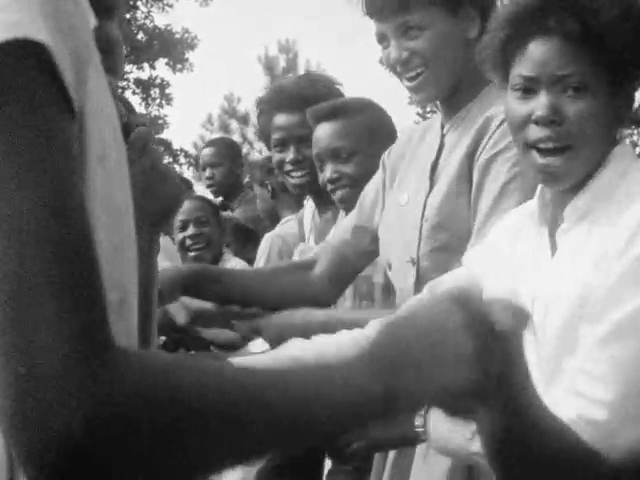 In 1964, civil rights activists launched Freedom Summer, a project to register black voters in Mississippi, provide educational opportunities, and build the movement for integration. The Council of Federated Organizations (COFO), an umbrella group of civil rights organizations including the Student Nonviolent Coordinating Committee (SNCC), issued a call for volunteers, and nearly 1,000 mostly white college students and graduates joined the existing group of predominantly black activists. Among them was actor Richard Beymer, who just a few years earlier had become a star with his performance as Tony in the film version of West Side Story (1961).

When Beymer arrived at the volunteer office in Mississippi, he was handed a broom and told he could start helping out by sweeping. Later, during the orientation meetings, he came up with the idea of making a film to show new volunteers what they were getting into. COFO agreed and Beymer started filming everything around him.

Comprised of testimonials from volunteers and black residents, A Regular Bouquet: Mississippi Summer consists of rare and historically significant footage of segregated Mississippi against a backdrop of virulent racism. Violence haunted Freedom Summer from the beginning. On June 21, one week after the first volunteers arrived for training, three activists—James Chaney, Andrew Goodman, and Michael Schwerner—had disappeared. The FBI conducted a massive search and found their corpses two weeks later.

Despite the threat of violence, Freedom Summer volunteers engaged in door-to-door voter-registration efforts. Beymer filmed the registration drive and interviewed participants. One resident discussed the economic tactics used by segregationists: “When you put ‘By whom are you employed’ [on the application form], you’re fired by the time you get back home.” Mississippi officials ended up rejecting the vast majority of voter-registration applications submitted by African-American residents that summer.

It is these scenes, showing the warmth and camaraderie between the volunteers and local residents, which form the heart of A Regular Bouquet and reveal a vision of shared humanity and compassionate community.

In the long run, despite the violence and opposition from segregationists, the events of Freedom Summer increased public support for new civil rights legislation and paved the way for the passage of the Voting Rights Act of 1965. A Regular Bouquet is a vital document of this remarkable time and provides viewers today with an intimate look at one of America’s most important struggles for social justice.

About the Preservation
A Regular Bouquet was preserved at Colorlab in 2015 from original 16mm reversal stock donated by the filmmaker Richard Beymer to the Washington University Film & Media Archive. The work was funded with a preservation grant from the National Film Preservation Foundation.

Further Information and Viewing
See the The New York Times article “Right Out of Hollywood, a Witness to History” for an account of how Richard Beymer came to make the film. Beymer is still making movies, including most recently, It’s a Beautiful World (2014), a documentary about David Lynch’s trip to India to research Maharishi Mahesh Yogi.

About the Archive
Founded in 2002, the Washington University Film & Media Archive is committed to the preservation of documentary film and other media chronicling America’s great political and social movements with a particular emphasis on the African-American experience. Its collection includes the lifework of documentary filmmakers Henry Hampton (Eyes of the Prize) and William Miles (I Remember Harlem), as well as more than 250 educational films obtained from the St. Louis Public School system.