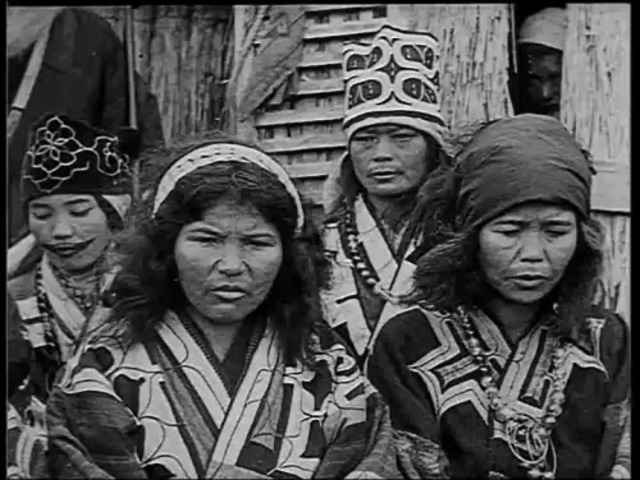 This fragment comes from a documentary sponsored by the YWCA to celebrate its 15th anniversary of service to Japan. The film’s maker, the peripatetic Benjamin Brodsky, a Russian-born entrepreneur had traveled the world and claimed to speak 11 languages and several Asian dialects. When the 1906 Earthquake destroyed his business, he moved from San Francisco to China and set up shop as a film exhibitor. Soon, as the American representative of Variety Film Exchange, he had a hand in distribution and by 1909 branched into film production in Shanghai and Hong Kong. While juggling business interests, he filmed his travels. By 1915, he was back in the United States promoting his 10-reel epic travelogue A Trip through China, a chronicle of his decade in the country. The film opened in New York City the following May, accompanied by lecturer Harry Dean.

Ever restless, the entrepreneur moved to Japan by 1917, where he again appears to have had some behind-the-scenes role in early film circles. There he produced, under the sponsorship of the Imperial Japanese Railroad, a second travel feature, Beautiful Japan (1918). Like A Trip through China, the two-hour film was usually shown in the United States with a lecturer, often Brodsky himself, who enlivened screenings with tales from his adventures.

A Trip through Japan with the YWCA is a documentary introducing outsiders to the scenic wonders and peoples of the far-off country. But the film also had a charitable purpose. Although reusing footage from Beautiful Japan—most noticeably the scenes with the Ainu of Hokkaido—it also interjects new material more central to the sponsor, about the role of women in Japan and their special needs. Included are shots of women in traditional occupations as well as fleeting images of workers outside a textile factory. “The death toll of tuberculosis in Japanese factories,” reads one intertitle, “claims 70,000 girls yearly. More attention is now being given to sanitation.” The fragment ends abruptly with a shot of a Buddhist prayer wheel in Nikko. It is unclear how much of the film is missing.

The remainder of Brodsky’s life is clouded in mystery. There is some evidence he returned to California, where he fought to return water to Lake Elsinore (Southern California’s largest natural freshwater lake) and lived into his eighties.

About the Preservation
These sections of A Trip through Japan with the YWCA survive at the National Film and Sound Archive of Australia, which generously lent the nitrate source material to make the preservation copies. George Eastman House added a concluding title card to mark the end. The new prints are available at George Eastman House and the NFSA.

More Information
Law Kar and Frank Bren’s “The Enigma of Benjamin Brodsky,” in the Hong Kong Film Archive Newsletter, no. 14 (Nov. 2000), summarizes much of what is known about Brodsky. The two authors, and collaborator Sam Ho, give a fuller account in Hong Kong Cinema: A Cross-Cultural View (Scarecrow Press, 2004).

Beautiful Japan has been preserved in a 16mm print at the Smithsonian’s National Museum of Natural History. Excerpts are included in the NFPF’s DVD anthology, Treasures from American Film Archives: Encore Edition (2005).

Although the YWCA established a local office in Tokyo as early as 1880, the national organization traces its roots to 1903 when the National Council of YMCAs of Japan formed through the merger of city and student chapters. More about the YWCA’s work can be found on the Web site of World Alliance of YWCAs.