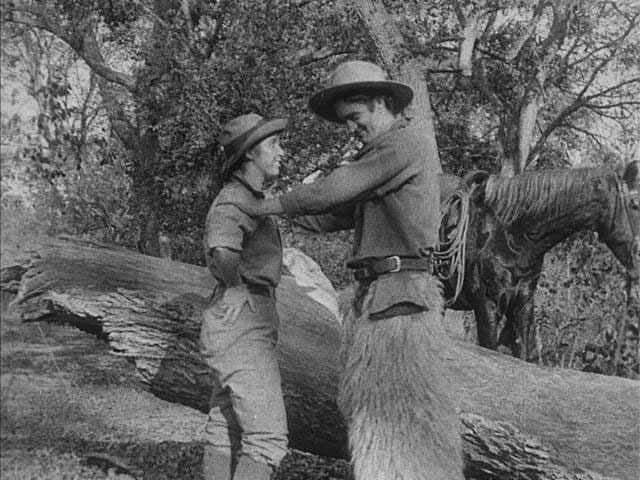 At the dawn of the 20th century, the films of French filmmaker Georges Méliès were among the most popular in the world. And the most pirated. Unscrupulous American film studios regularly took Méliès’s films, obscured his trademark, and sold the works as their own.

Méliès sent his older brother Gaston to the United States to enforce his copyrights. Gaston arrived in New York in November 1902 and immediately placed an ad in the trade papers announcing his uncompromising attitude toward protecting his brother’s work, reading in part, “…we are prepared and determined energetically to pursue all counterfeiters and pirates. We will not speak twice; we will act!”

Eventually, Gaston began making his own moving pictures. In 1910, looking for a warm, sunny place to film during the winter, he moved his company to a farmhouse in San Antonio, Texas, near a health resort called Hot Wells Hotel. The makeshift studio was dubbed the Star Film Ranch and over the next year the company made more than seventy one-reel films, westerns, comedies and romantic tales of old Mexico. Some were released as Méliès Star Films and others—including this one—were released under the name American Wild West Film Company.

Billy and His Pal, released on February 16, 1911, is about a cowboy, Jim (Francis Ford), who is idolized by young Billy (played in drag by actress Edith Storey). When Jim runs afoul of a gang of Mexican thieves, it’s up to Billy to rescue his hero. Billy and His Pal is short on plot but long on local atmosphere with the director (probably William Haddock) and cameraman William “Daddy” Paley making the most of the starkly beautiful Texas countryside.

Billy and His Pal was discovered in 2010 in New Zealand where its title had been changed, apparently for British commonwealth audiences, to Bobby and His Pal. It is one of only five surviving films from the Star Film Ranch. —Frank Thompson

About the Preservation
The only known print of Billy and His Pal was discovered at the New Zealand Film Archive in 2010. Thanks to a generous donation from Frank Thompson to the NFPF, the film was preserved by the Museum of Modern Art as part of the Save America’s Treasures project. For the preservation work, Colorlab scanned the surviving 35mm nitrate print at a high resolution and output the result to 35mm polyester film stock.

About the Music
A special thanks to the Silent Society of Hollywood Heritage for commissioning new music for Billy and His Pal. For the score, the Silent Society turned to Michael D. Mortilla, who accompanied the premiere of the newly preserved Western at the Academy of Motion Picture Arts and Sciences in November 2011. Thank you all!

For more films accompanied by Michael Mortilla, pick up a copy of the NFPF’s DVD set Treasures 5: The West, 1898-1935. Michael is one of the three featured pianists.