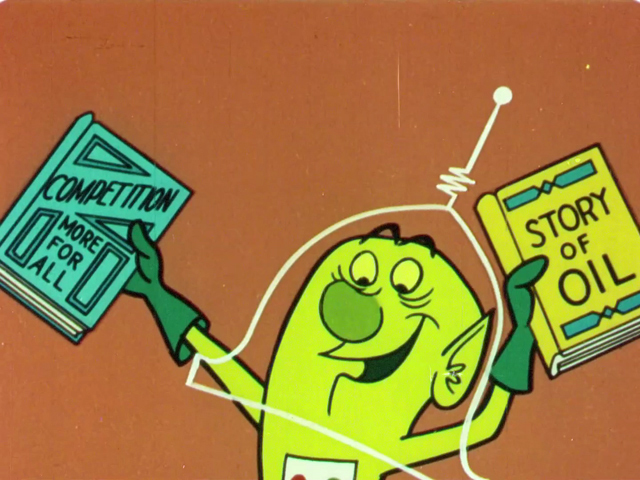 Science-fiction-influenced cartoon sponsored by petroleum producers to lionize their industry and promote free enterprise. “Colonel Cosmic,” an astronaut from the totalitarian planet Mars, flies to Earth, where he discovers cheap oil and the market economy. Returning home, he leads a revolution and frees Martian entrepreneurs to begin oil exploration, start small businesses, and lead the planet out of economic stagnation.

Note: Destination Earth played at New York’s Paramount Theatre and was later broadcast and distributed nontheatrically. Produced in Technicolor and released in 35mm and 16mm.