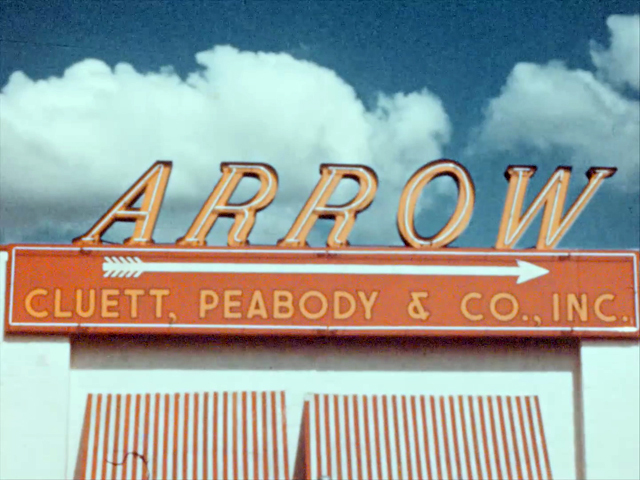 Film sponsored by the Troy, New York–based manufacturer of Arrow shirts to explain its reasons for moving its business down south. Enterprise tells the true story of how two World War II veterans invited the company to occupy an industrial plant that they had built in the hope of revitalizing Buchanan, Georgia. Five hundred residents signed a pledge stating that they were willing to work in the new factory. Cluett, Peabody & Co. eventually employed one-third of the townspeople.