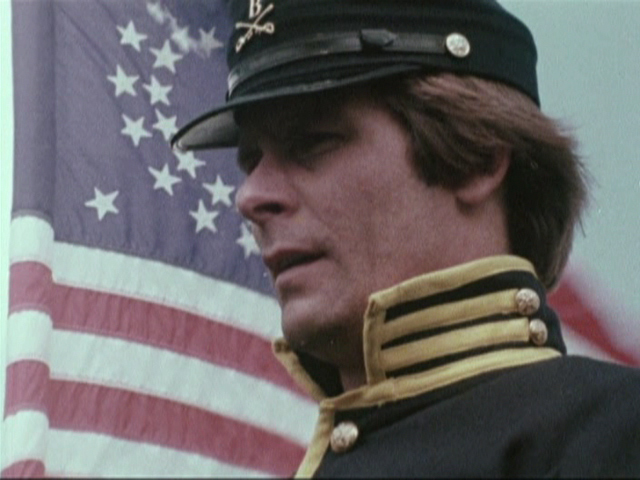 At the beginning of the American Civil War in 1861, delegates from Unionist counties of northwestern Virginia decided to break away from the Confederacy and form a new government loyal to the United States that two years later would be officially recognized as the new state of West Virginia. For Liberty and Union tells the story of this momentous occasion.

The sponsor of the film was the West Virginian Independence Hall Foundation, a nonprofit organization established in 1964 to save and restore the Wheeling Custom House, where the Unionist delegates held the conventions leading to the creation of West Virginia. Built in 1859, the three-story Renaissance Revival-style building was designed by Ammi B. Young, one of the country’s first professional architects.

The Wheeling Custom House remained a federal building until a new one was completed in 1907, when it was sold to an insurance company. Throughout the following years, the building was home to a variety of businesses, including a bank, liquor store, and night club. In 1964, the state repurchased the building and leased it to the West Virginia Independence Hall Foundation, which raised funds to restore it to its original condition and open it to the public as a historical museum.

In 1977, as the restoration was approaching completion, the West Virginian Independence Hall Foundation contracted with Larry Keating Productions to make a short historical film dramatizing the 1861 convention that led to the creation of West Virginia. Keating had been involved with sponsored filmmaking since at least the 1950s, when he worked as a film editor on Industry on Parade (1956, National Association of Manufacturers). During the 70s his production company made such films as The Priceless Gift (1975, American Cancer Society), The Artist and the Computer (1976, AT&T), Good Feelings (1978, Chiquita Brands), and Committed to the Land (1980, Union Pacific Corporation).

Also on the contract was Ellis Dungan, a local filmmaker hired as an adviser. Born in 1909 in the nearby coal town of Barton, Ohio, he studied film in the early 1930s at the newly founded USC School of Cinematic Arts and ended up working for many years in India, making Tamil-language features, ethnographic documentaries, and training films for the British government during World War II. In 1958 he settled in Wheeling, where he specialized in the production of local sponsored films such as Wheels to Progress (1959), A Work of Heart and Hand (1965, West Virginia Department of Commerce), and A Ride of the Future (1977, West Virginia University).

With such talent working behind the scenes, For Liberty and Union is an accomplished historical reenactment of the birth of West Virginia and makes good use of its featured setting, West Virginia Independence Hall—where it is still screened today for visitors of the museum. According to the film, the words “Liberty and Union” were added to the state seal during the creation of West Virginia as a reminder of what they were fighting for. The preservation of the Wheeling Custom House and of this film have ensured that these principles won’t be forgotten.

About the Preservation
For Liberty and Union was preserved at Colorlab in 2013 from a 16mm projection print found in a safety deposit box maintained by the West Virginia Independence Hall Foundation. The work was funded with a preservation grant from the National Film Preservation Foundation.

Further Reading and Viewing
Larry Keating’s production The Artist and the Computer, about the pioneering digital artist Lillian Schwartz, can be seen her website. More information about Ellis Dungan can be found in his autobiography A Guide to Adventure (2001) and Karan Bali’s documentary An American in Madras (2013). More than a dozen of Dungan’s films are available for viewing on the West Virginia State Archives’ YouTube channel.

About the Archive
The West Virginia State Archives was created in 1905 by an act of the state legislature and is now a part of the state’s Division of Culture and History. Serving as the official state archives, the Archives collects and preserves West Virginia’s public records and historic materials: state documents, newspapers, photographs, moving images, reference books, maps, manuscripts, and journals. All materials are available and accessible to the public.