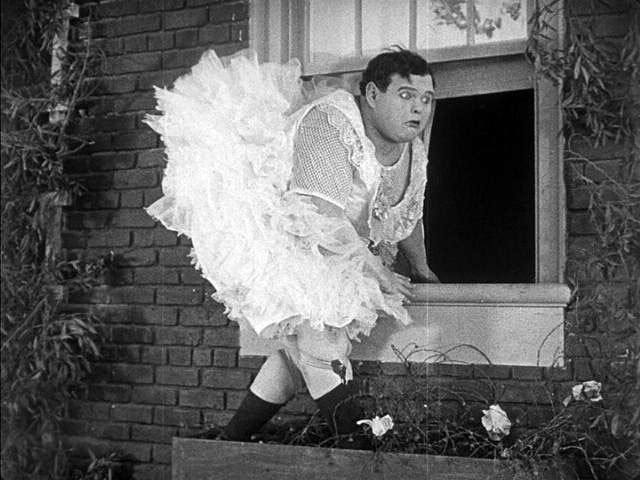 Hollywood in the 1920s was the undisputed capitol of the film world. An economic powerhouse, it exported films everywhere and by 1926, even in the remote market of New Zealand, American-made films commanded as much as 95 percent of screen time in commercial theaters. In return, the American film industry brought in talent from around the globe. From Europe alone came Ernst Lubitsch, William Wyler, Michael Curtiz, Victor Seastrom, Mauritz Stiller, Ronald Coleman, Greta Garbo, Pola Negri, Rudolf Valentino, Monty Banks, and Rin-Tin-Tin.

Among the many Europeans drawn to Hollywood was Hungarian comedian Károly Hochstadt, known to Americans as Charles Puffy. Born in 1884 in Budapest, Puffy became Hungary’s first slapstick star, eventually adopting the name "Pufi" (meaning "Fatty" in Hungarian) to capitalize on his weight. Under the stage name Karl Huszar, he played in dozens of German films in the early 1920s before relocating to Hollywood in 1924. Kick Me Again comes from his four-year stint at Universal Pictures, where he churned out short comedies by the boatload—Do or Diet, Married Bachelors, Westward Whoa, Phoney Express, Tight Cargo, and many more.

Don’t expect much in the way of a plot from Kick Me Again. When a married student falls for her portly dance instructor, Puffy is forced to flee in a ballet tutu from the clutches of her jealous husband. The usual slapstick complications ensue before the cross-dressing funnyman finally locates a new suit of clothes. The viewing pleasure comes not from the run-of-the-mill gags and storyline but from seeing a master wring every ounce of comedy from his ungainly outfit. Surely when the Disney animators were dreaming up the tutu-bedecked dancing hippos for Fantasia they remembered examples like this. Still for a seasoned trouper like Puffy, who in Europe had worked with such directors as Fritz Lang, it must have been disheartening to appear in this routine onereeler that, as Film Daily dissmissively put it, “adds nothing to his reputation.”

Puffy returned to Europe with the coming of sound film and can be seen memorably as the cabaret owner in Josef von Sternberg’s The Blue Angel (1930). The Jewish actor is reported to have died at Auschwitz in 1942.

About the Preservation
Kick Me Again was preserved in 2012 at Colorlab Corp. from a 35mm nitrate release print found at the New Zealand Film Archive. The work was supervised by the Academy Film Archive and funded by Universal Studios as part of the match for our NEA-supported Save-America’s Treasures project. Thank you!