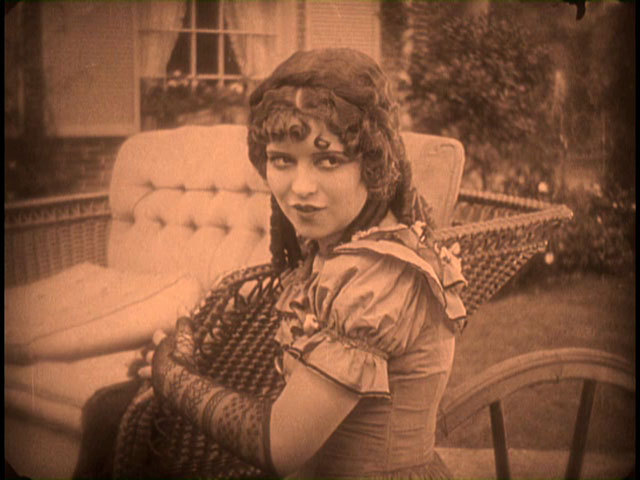 For the film rights to Maytime, Preferred Pictures paid a reported $75,000, an enormous sum for an independent movie studio in the 1920s. (To put that figure in perspective, three years later Paramount Pictures paid only $50,000 to best-selling author Sinclair Lewis, the 1926 Pulitzer Prize winner for fiction, for the movie rights to Mantrap.) But Maytime appeared to be a sure winner. The 1917 stage hit had run for 492 performances on Broadway, boasted a number of popular songs, and established Sigmund Romberg as a leading operetta composer. Producer B.P. Schulberg spared no effort in bringing his prestige property to the screen. In addition to investing in a solid cast and elaborate sets, he pulled out all the stops for the now-lost finale, a dazzling reel that was one of the first commercial releases in two-color Technicolor.

The result was a dismal flop. “Whoever thought that Maytime has screen possibilities was sadly misled,” began the Exhibitors Herald review. Shorn of musical numbers, the weak musical comedy plot “lacks the vital spark of originality” and “drags and drags,” the critique continued. Displaying piano sheet music for the operetta’s well-known song “Will You Remember (Sweetheart)?” at key moments only reminded audiences of what they were missing.

No print of Maytime was thought to survive until the initial 4,350 feet was uncovered at the New Zealand Film Archive. Set in “old New York” of the 1860s, the movie tells of a young heiress (Ethel Shannon as Ottilie Van Zandt) who loves Richard Wayne, the family gardener (Harrison Ford). When her father forces her into marriage with a wastrel cousin, the despairing Wayne follows suit with his own loveless match. Returning decades later as a wealthy patriarch, he saves his old sweetheart from destitution. By then, it is too late for the couple to savor the pleasures of youth. But when fate brings their Jazz Age grandchildren together, the new generation gets a second chance. The missing reels follow that romance, which blossoms into love when the couple discovers the keepsake left by the grandparents.

Although the film’s top billing went to Ethel Shannon in the dual role as the star-crossed heroine and her more fortunate granddaughter, Maytime’s supporting actress Clara Bow steals the show. In her first Hollywood picture, as the effervescent Alice Tremaine (Wayne’s second-choice [!] wife), Bow sparkles in spite of the period dress and heavy wig. She had signed with Preferred Pictures after her tomboy role in Down to the Sea in Ships and headed west on the promise of a three-month contract at $50 per week. Legend has it that after Bow’s first seven days on the set of Maytime, the crew was so impressed that it urged Schulberg to reassign the lead to the new actress. Starring roles immediately followed. When Preferred Pictures folded in 1925, Schulberg took Bow with him to Paramount, where, as a bubbly flapper with “It”, she became one of the 1920s’ biggest stars.

About the Preservation
The surviving reels of Maytime were preserved in 2011 at Colorlab Corp. from a 35mm tinted nitrate release print found at the New Zealand Film Archive. The work was supervised by the Library of Congress and generously funded by Clara Bow scholar David Stenn as part of matching support for a Save America’s Treasures grant secured by the NFPF.

Further Reading and Viewing
For a balanced biography of Clara Bow and a good read, see David Stenn’s Clara Bow: Runnin’ Wild (2000). The wilderness comedy Mantrap, the film reportedly considered by Bow to be her best, is featured in the NFPF’s DVD set Treasures 5: The West.