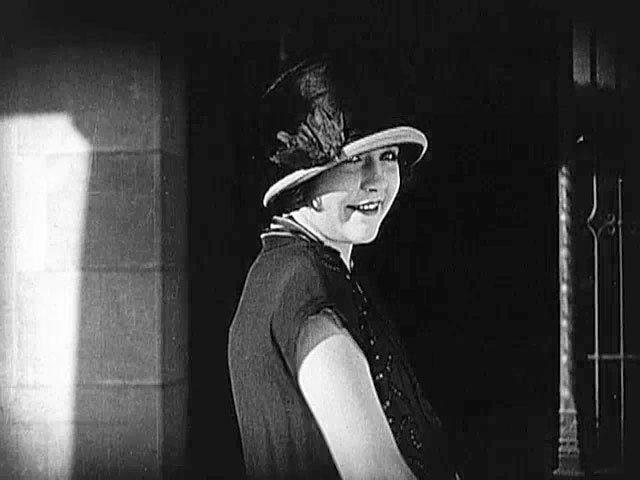 As Hollywood studios consolidated control of the American film industry in the late teens, independent companies found it harder to get their films onto the big screen, particularly in the most lucrative urban markets. But theaters off the beaten path were still a viable venue for the comedy shorts, serials, and low-end features available at competitive prices from smaller outfits. Such films were circulated domestically through independent distributors and exchanges that customized packages by state or region. For overseas exhibition, film export specialists played a similar role.

With a little-known director and second-string cast, the two-reel Moonlight Nights is typical of these low-budget independent productions. The comedy’s plot is not much: Told by his exasperated father to find a job, a klutzy rich kid named Art (Joe Moore) follows a bevy of dancers to their nightclub, where he tricks the maître d' into hiring him as a waiter.  No guest proves safe from Art’s clumsy antics, but the shapely cabaret performers, led by Mademoiselle Fifi (Gloria Joy), dance on in the ensuing chaos. Finally a lovesick diner, jealous of Fifi’s attention to the new waiter, draws a gun. The girls flee with Art to his home, where his father mistakes them for prowlers. The girls bean the father, who wakes up delighted by the beauties and the good news that Art has a job. But the maître d' sets them straight and Art is back where he started, albeit with a chorus line at his side.

Gloria Joy, who headlines the bill as the lead dancer, was a curly-haired child star in the teens. Appearing in vaudeville and in comedies from the Balboa Amusement Producing Company, she made such a name for herself that her portrait appeared on sheet music covers. But as Joy reached adolescence, she grew out of these roles. In 1924 the fourteen-year-old tried to restart her career by joining forces with her former Balboa director Sherwood MacDonald as the star in 12 independent “Butterfly Comedies” to be produced by MacDonald. The fledgling company presold the package to independent distributor Rayart Pictures.

Moonlight Nights is the third of the series. Independently made shorts passed under the radar of mainstream reviewers in the 1920s, so there is no telling how audiences responded to a chubby-faced teenager passing herself off as a cabaret performer. Suffice it to say that only two more Butterfly Comedies appear to have been made. Joy ended her screen career in the early 1930s in low-budget Westerns.

About the Preservation
Moonlight Nights was preserved at Colorlab Corp. under the direction of the Library of Congress from a 35mm tinted nitrate print found in the collection of the New Zealand Film Archive in 2010. The work was funded with the support of Turner Classic Movies as part of a Save America’s Treasures project organized by the NFPF.