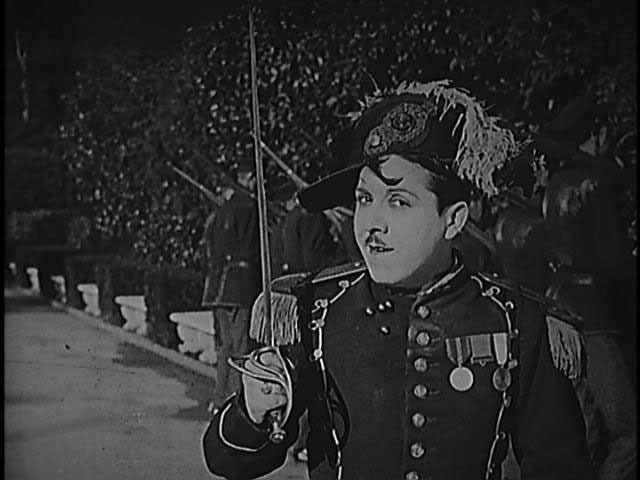 By the time 25-year-old Monty Banks (1897–1950) appeared in Oils Well!, he was already a bankable star. The son of a bandleader and composer, the fledgling comedian made his way to Hollywood from Cesena, Italy, in the mid-1910s. Legend has it that he swapped his birth name, Mario Bianchi, for “Monty Banks”—a play on the word “mountebank” (a swindler or confidence man)—at the urging of Fatty Arbuckle, who pointed out that, with his new Americanized stage name, he could still wear his “MB” monogrammed clothes. Banks churned out dozens of short comedies, including many for Warner Bros. (The popularity of Monty Banks pictures was said to have helped keep the struggling Warner operations afloat in the years before the studio hit pay dirt with Rin-Tin-Tin.) He signed an exclusive distribution agreement with the Federated Film Exchange in 1920.

Oils Well! was one of the last films Banks made for Federated before launching his own production company. Banks excelled at difficult stunt work but failed to develop the unique comic persona required to sustain feature-length films. Although aspiring to make longer movies à la Buster Keaton and Harold Lloyd, Monty Banks Productions never gained traction with its features and clung to the two-reel slapstick format. Banks went bankrupt in 1929.

Set in the oil-soaked country of “Chilitina”—shot on location in San Diego’s Balboa Park—Oils Well! follows the travails of Monty, an everyman office clerk, who thinks only of his boss’s daughter. When Herbert Hester, an oilman “so crooked he cheats when counting his pulse,” schemes to cover up the company’s new gusher so he can claim it himself and get the girl, Monty swings into action. He eludes the hapless Chilitinan army, sidesteps the General’s amorous wife, thwarts Herbert, and saves the day.

(Many thanks to Ben Strassfeld, a graduate student of Caryl Flinn at the University of Michigan—Ann Arbor, for his informative paper about this film.)

About the Preservation
Oils Well! was thought to survive only in small-gauge copies before a 35mm release print was uncovered at the New Zealand Film Archive in 2010. The preservation of this film was supervised by the Museum of Modern Art and sponsored by Turner Classic Movies as part of the NFPF's Save America's Treasures project. Thank you!