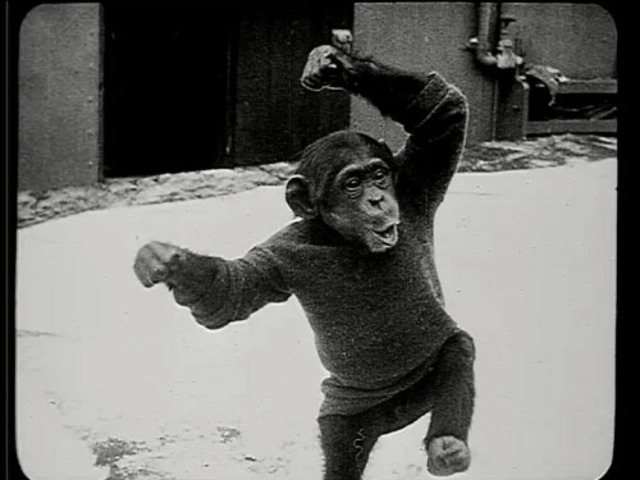 Actuality films capturing news and sporting events were part of the movie repertory as early as the 1895 but it was not until 1909 or 1910 that Charles Pathé introduced a film compilation of the events of the day. From this experiment was born the newsreel, a staple of theater programming for five decades.

Pathé News, begun in August 1911, was America’s first newsreel and ran under various titles for 45 years. It had major competitors in the United States—Universal Animated Weekly, Fox News, Kinograms, International Newsreel, and Paramount News, just to name several of the longest-running. Pathé News, however, was unusual in that it was not allied with a Hollywood studio and released its product to independent theaters and distributors.

Like television news magazines today, this incomplete issue of Pathé News mixes footage of public ceremonies, sporting events, political figures, and crime fighting, with a leavening of human-interest stories. The events date from January and February of 1922. The newsreel opens with a snippet showing disabled World War I veterans asking President Harding to support their fight for pensions, and moves on to a narcotics bust in New York City, an animal story, the election of Pope Pius XI, a signature collector, the embarkation of two American officials, the latest developments in the partition of northern and southern Ireland, and a boxing match, before returning to Harding’s response to his petitioners. (Newsreels generally pictured scheduled events, which were easier to plan than unexpected developments, such as riots or fires, and tried to include something of interest to everyone.) Missing from the fragment is the introductory credit for Pathé News; its rooster logo can be seen in the intertitles introducing several segments.

Complete newsreels from the silent era are rare. To survive, newsreels not only have to overcome the usual preservation challenges facing early film, but had to prevail over problems of their own. In the rush to get the latest news to theaters, films were generally processed hastily, and thus were especially prone to later decay. Theater exhibitors would often reedit newsreels to showcase stories of special interest to home audiences. Later, surviving prints were often cut up for use as stock footage. (UCLA’s Hearst Metrotone News Collection, donated by the Hearst Corporation, includes not a single complete projection print among its 27 million feet of news film).

Several stories here appear to have been released together—these carry a “15” at the bottom of the introductory intertitle. Other segments may have been spliced in by an exhibitor or collector. It may well be that the footage about the veterans’ pension opening and ending the reel was originally part of a single story.

About the Preservation
The National Film and Sound Archive of Australia generously lent the nitrate print to make the preservation copies. Edge codes on the nitrate source material derive from 1920, two years before the datable events in the newsreels. New prints are available at the NFSA and the UCLA Film & Television Archive.

More Information
Raymond Fielding’s The American Newsreel: A Complete History 1911–1967, published in 1967 and issued in a 2nd edition (McFarland & Co., 2006), remains the only book-length study on the subject.