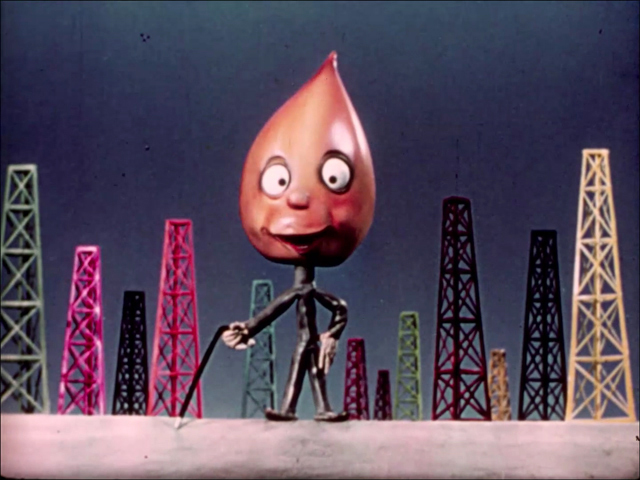 World’s Fair film that playfully promotes the petroleum industry. With stop-motion animation by silent comedian Charley Bowers, Pete-Roleum and His Cousins uses small rubber puppets to represent a clan of oil drops and their leader, Pete. Annoyed by a heckler, they quit serving humankind, shut down the world economy, and prove the importance of petroleum. The film also weaves in the story of petroleum in America from the pioneer days to the present.

Note: Produced in Technicolor. The sponsor was a consortium organized by major petroleum companies for the purpose of mounting an exhibit at the 1939–40 New York World’s Fair. The film was Joseph Losey’s first screen credit.