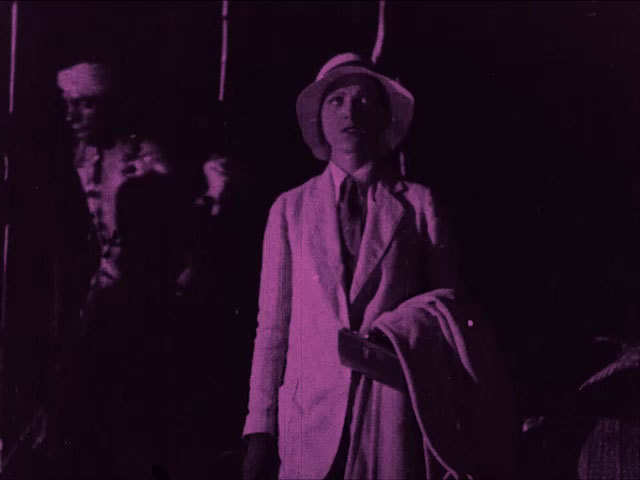 Not for decades would there be another film remotely resembling Joseph Cornell’s Rose Hobart, first screened at the Julien Levy Gallery in New York in December 1936. The audience apparently found it unintelligible and inept, with the significant exception of Salvador Dalí—in town for the Museum of Modern Art’s surrealist show—who grew so enraged that he kicked over the 16mm projector, which Cornell himself was operating. Dalí, the most envious of artists, had some idea of what Cornell had achieved.

Joseph Cornell (1903–72) is now recognized as one of America’s major twentieth-century artists. He is known for his carefully crafted glass-fronted boxes containing enigmatic arrangements of found objects and images. Rose Hobart, also something of a rearranged found object, is one of his few films completed alone. (In the 1950s and 1960s, he made at least twenty others in collaboration with younger avant-garde filmmakers Rudy Burckhardt, Larry Jordan, and Stan Brakhage.)

If Cornell was an artist who couldn’t paint, he may also have been the first independent filmmaker to make a film without touching a camera. The montage of editing became his way of bringing the collage principle of his boxes into filmmaking. Rose Hobart is essentially a reediting of a ludicrous 1931 jungle melodrama titled East of Borneo—also known as Ourang and White Captive—with a few shots from unidentified other films added. Among Cornell’s collecting passions were old movies, and he had bought 16mm prints by the pound at a New Jersey warehouse. His film is named for East of Borneo’s lead actress, Rose Hobart, who becomes the locus of vague evocations of desire and dread. His edit is rough and disconcerting: Shots begin just as scenes are fading out, glances have uncertain objects, continuity is mismatched. However, Cornell also would make three alterations when exhibiting the film that helped to give his fragments a strange coherence. He showed the black-and-white film through a piece of colored glass. He turned off the sound and projected it at so-called “silent speed.” (Sound films are standardized at 24 frames per second; most 16mm projectors have a “silent speed” option at 16 to 18 frames per second.) Finally, he provided musical accompaniment in the form of Brazilian samba records bought from a remainder bin. (His presentation, including music from the same records, is reproduced here.)

Cornell was a modern artist who looked backward for inspiration. He found dialogue films to be an “empty roar” and wrote—in the context of a tribute to Hedy Lamarr—of what could be salvaged from them: “Among the barren wastes of the talking film there occasionally occur passages to remind one again of the profound and suggestive power of the silent film to evoke an ideal world of beauty, to release unsuspected floods of music from the gaze of a human countenance in its prison of silver light.” Rose Hobart makes its critique on these terms: Hollywood fails in its banal screenplays, not its raw images.

Although it is not immediately evident, Cornell crafted through montage something approaching a new story line. Rose Hobart opens with a crowd gazing up at an eclipse and builds to a climax in which the eclipsed sun appears to fall from the sky into a pool of water (shots not from East of Borneo). In between, Rose Hobart’s troubled gaze confronts a series of men, monkeys, crocodiles, and volcanoes with curiously mournful eroticism. (Tristes Tropiques was an alternate title Cornell later considered.) Such a “story” makes only dream-sense; hence the logic of the first sequence, in which our heroine awakens from confused sleep dressed as a man.

Cornell distanced himself from the dream theories of European surrealists, but he too found inspiration in the overlap between waking life and nightmare. Salvador Dalí apparently recognized Rose Hobart’s mastery of surrealism and justified his rage by explaining to Julien Levy, “My idea for a film is exactly that, and I was going to propose it to someone. . . . I never wrote it or told anyone, but it is as if he had stolen it.” (The shy Cornell was quite upset by the incident. “Why? Why?” he asked Levy, “when he is such a great man and I am nobody at all?”)

As with his boxes, Cornell could make brilliant art seem simple, as if anyone could do it. But, also as with his boxes, spectators are forced to discover for themselves links among the fragments. Of the films in this exhibition, Rose Hobart most repays repeated viewings. —Scott Simmon

About the Preservation
In 1968, Cornell gave the only print of Rose Hobart to Anthology Film Archives, which made preservation copies to his specifications on both black-and-white and color stocks. For the color print, Cornell selected a purple filter. This new transfer, produced in 2014 from Anthology’s preservation negatives, more accurately represents the color and sound of the 1968 prints than the one used in the Treasures from American Films Archives DVD set. Roughness is part of Rose Hobart’s aesthetic. No attempt was made to “clean up” its image or sound. Film preservation purists may be pleased to know that East of Borneo survives in complete copies.

The NFPF’s Treasures IV: American Avant-Garde Film, 1947-86 features another Cornell film preserved by Anthology, By Night with Torch and Spear.