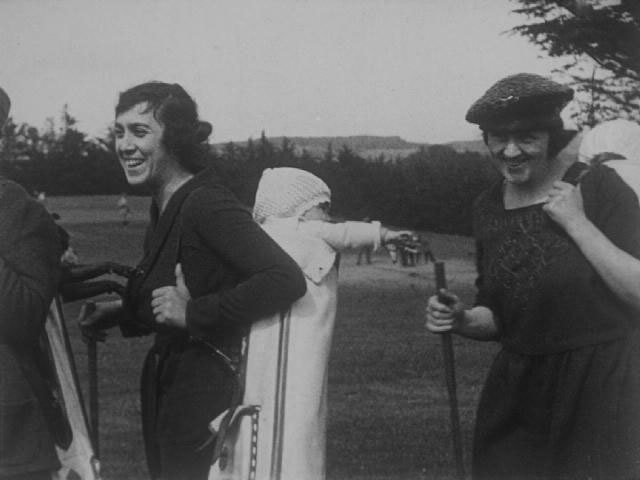 Until the rise of television in the 1950s, newsreels were the way that current events were brought to life for millions of moviegoers. The idea of packaging news and human-interest footage in edited weekly compilations seems to have originated in 1911 with Pathé’s Weekly. Soon other newspaper and movie organizations jumped into the business. By the end of the teens most major Hollywood studios had a special unit to provide theaters with one to three reels of news each week to accompany their features and other shorts.

Silent-era newsreels were by necessity selective in coverage. In the days before mobile video trucks and cellphone cameras, on-the-spot footage of breaking news was a rare happenstance. It was far simpler—and less expensive—to dispatch crews to film events scheduled in advance, such as parades, sporting matches, visits with dignitaries, and ship sailings. And it was even simpler to document “soft” news—heart-warming animals, current fashions, or crowd-pleasing curiosities.

Selznick News was the news offering of Lewis J. Selznick Productions, Inc. Like Lewis J. Selznick’s Hollywood studio, it ran for only a few short years, starting out strong with two issues a week in April 1920 and running out of steam by late 1922. The issues used a distinctive “ripped-from-the-headlines” graphics style that reinforced the popular notion of newsreels as animated newspapers.

This reel of stories found at the New Zealand Film Archive appears to be a compilation from at least two Selznick News issues and a Selznick travelogue. (Complete newsreel issues are very rare, because prime stories were often edited together by exhibitors or collectors or reused as stock footage.) Missing its opening titles, the initial segment, AMERICAN GOLFERS ARE DEFEATED, documents the first transatlantic amateur golf competition held from May 21 to 27, 1921, at the Royal Liverpool Gold Club at Hoylake, Great Britain, a contest that led to the creation of the Walker Cup Match the following year. The American team, led by Bobby Jones, Chick Evans, and Francis Ouimet, was defeated here but took the trophy in 1922. Human-interest stories, some in a different intertitle style, follow—starting with “YOUR MAIL IS SAFE” and “MOTHER MUST HAVE HER GOLF”, set at San Francisco’s Lincoln Park Golf Course, and moving on to coverage of Cataract Gorge in Tasmania (apparently from a Selznick Pictures travelogue), and "She Drives a ‘Bird’ of a Horse.” Today such stories provide us with time capsules from another age. Particularly fascinating in this reel is the prototype mobile phone and radio-controlled car demonstrated by W. J. Garvey of New York. Ludicrous dead end or forward-looking invention? Take your pick.

About the Preservation
This film was preserved under the direction of UCLA Film and Television Archive from a tinted nitrate print discovered in 2010 at the New Zealand Film Archive. The work was completed in 2012 by Colorlab, with support from a Save America’s Treasures grant, awarded to the NFPF.

Further Viewing
Another story from Selznick News is featured on the first disc, “Program One: The City Reformed”, of Treasures III: Social Issues in American Film.