Running Around San Francisco for an Education (1938) 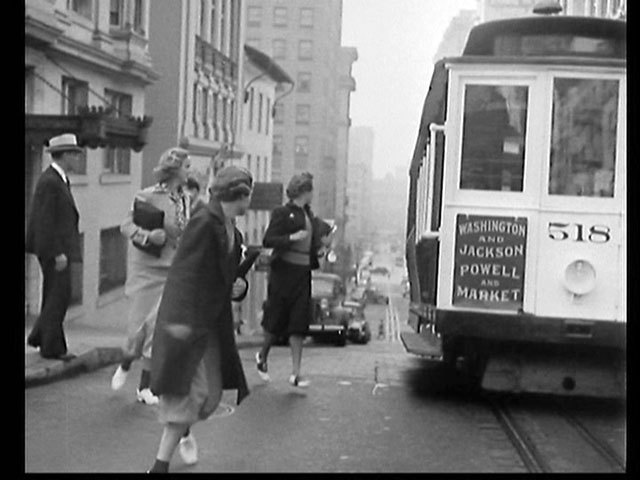 In the 1930s, political advertising was generally confined to the mass media of newspapers and radio. However, movies could also be a potent force, as was amply demonstrated by the mock “newsreels” produced in Hollywood to subvert Upton Sinclair’s Socialist Party bid for California governor in 1934.

This rare, early filmed political ad was made in support of Prop­osi­tion 4, a 1938 San Francisco initiative to authorize $2,800,000 in city school bonds, including funds to build a two-year junior college. The clever ninety-second spot first illustrates the hardships faced by a junior college “co-ed” in “her daily race for an education” by streetcar, cable car, and foot to classrooms scattered widely around San Francisco. Coming in for the public-spirited sell is the city’s schools commissioner, C. Harold Caulfield, to argue that good education makes good business sense.

The proposition passed with more than 70 percent approval, while budget-minded voters rejected the other six “recovery bonds” on the bal­lot. The San Francisco Public Schools Bulletin gave much credit to the film: “One of the most effective means of making the public conscious of the plight of junior college students was a talking motion picture which was shown through the courtesy of the leading theatres.” —Scott Simmon

About the Preservation
The film was donated in 1998 to the Pacific Film Archive and preserved with funding from Sony Pictures Enter­tain­ment. (Thanks to John Few, former archivist of City College of San Francisco, for tracking down information about the election.)