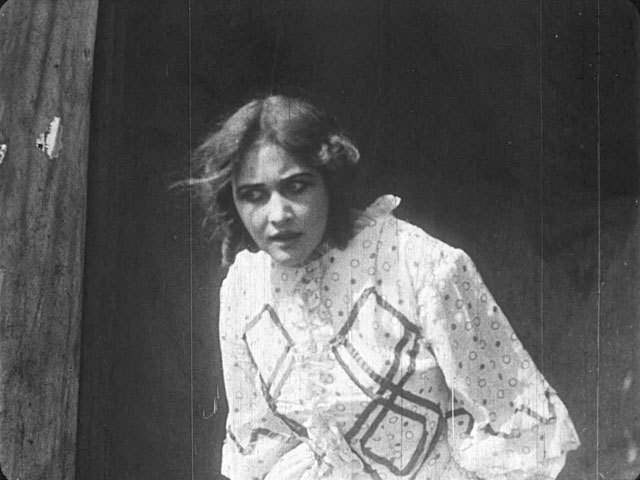 “The Civil War in America was more productive of female warriors than almost any conflict since the days of the Amazons,” observed a British writer in 1879. Indeed, stories of women serving as spies and soldiers in the conflict were popular across many mediums. In 1909, Kalem initiated the trend in moving pictures with The Girl Spy: An Incident of the Civil War. It was the first in a series of five films about a Confederate cross-dressing girl, all written by and starring Gene Gauntier. In 1912, while Gauntier was away filming in Ireland and Palestine, Kalem made three more girl soldier films starring other actresses: The Battle of Pottsburg Bridge, The Drummer Girl of Vicksburg, and The Darling of the C.S.A.

In The Darling of the C.S.A., Anna Q. Nilsson plays Agnes Lane, a daring Southern girl. Lane delivers a message to Confederate Brigadier-General Morton, then discovers that the Union Army is offering $500 for her capture. She goes to the Union camp and declares her willingness to “betray Agnes Lane.” At the last minute she is recognized and confined to a tent under guard. She removes her dress, revealing a Union uniform, which allows her to escape. However, the Confederate troops are unable to breach the Union stronghold. To inspire the soldiers, Agnes delivers herself to the Union army and sends back a letter stating that she will be shot if the Confederates don’t take the building. This is just the inspiration they need; the soldiers stream over the barricades and rescue her.

Anna Q. Nilsson once told a journalist, “I have always had the strong feeling that I should have been born a man in this incarnation.” Indeed, she played many cross-dressing characters, starting with her first role as the cross-dressing Revolutionary War heroine Molly Pitcher in 1911. Nilsson was married to co-star Guy Coombs when she made this film, though she declared years later that she had “never known a great love.” In the 1920s, she famously cross-dressed in Ponjola (1923) and Miss Nobody (1926). Born in Sweden, Nilsson claims she was “born with a twin desire: to go to America and to make money.” She came to the US and worked first as a nursemaid, then as a model for magazine illustrators, and then started acting for Kalem. A serious riding accident in 1928 ended her career as a leading lady. She continued to play bit parts from the 1930s through the 1950s (notably as one of the “waxworks” in Billy Wilder’s Sunset Blvd.) and died in 1974, at the age of 85.

This is a revised version of a note from the “Girls Will Be Boys” program in the Giornate del Cinema Muto/Pordenone Silent Film Festival 2015 catalogue.

About the Preservation
The Darling of the C.S.A. was preserved in 2015 at Colorlab Corp from a 35mm nitrate print found at the EYE Filmmuseum in Amsterdam. This print is missing the opening sequence. As a result, the opening card, two intertitles and end card have been recreated, drawing from a contemporary synopsis published in The Motion Picture Story Magazine (September, 1912). The restoration was supervised by the Academy of Motion Picture Arts and Sciences with funding provided by the National Film Preservation Foundation.