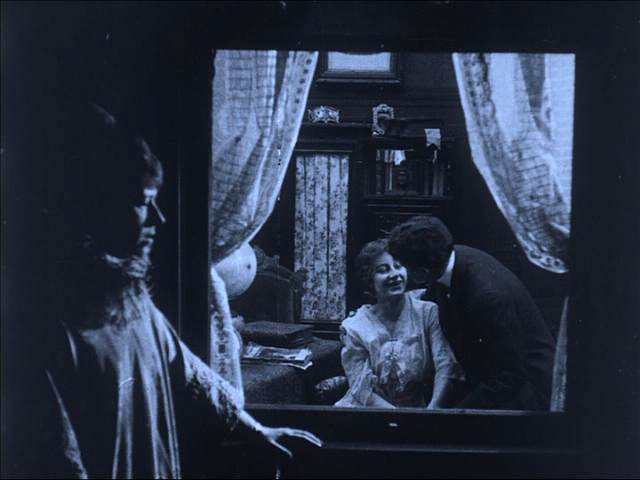 It has been said that there were higher percentages of women at every level of the motion picture business during Hollywood’s first two decades than at any time since. Although we’re unlikely to find early movieland statistics to verify this, the stories of many long-overlooked trailblazers are now being pieced together, thanks in good part to the work of the Women Film Pioneers Project. One of these early filmmakers is Ruth Stonehouse.

Born in Denver in 1894, Stonehouse moved with her divorced father to Douglas, Arizona, in 1903. Mining towns were no place for a young girl and she was sent off to school at the Monticello Ladies’ Seminary in Illinois. There, as she told Motion Picture Magazine in 1914, she so enjoyed dancing that she planned a career in vaudeville. But George Spoor, one of the founders of Essanay Film Manufacturing Company in Chicago, was the father of a school chum, who persuaded Stonehouse to ask him for a job. She worked her way up from the front office to the big screen. In 1915 alone, the year of The Gilded Cage, the actress played in at least 37 of the studio’s films.

The Gilded Cage is a simple tale about two sisters: the pampered favorite and the put-upon, younger stepdaughter, played by Stonehouse. When the elder spurns her lover to marry wealth, she learns the error of her ways. Waiting in the wings, the ever-patient Marie wins the rejected suitor, finding her soul mate. An intertitle drives home the message: “money does not mean happiness.” With nuanced acting, fine camerawork, and concise storytelling, this one-reeler is a pleasure to watch. But, like Essanay’s other offerings of the year, it was out of step with the feature-length entertainments increasingly demanded by movie audiences.

As an actress, Stonehouse had devoted fans (one letter to Motion Picture Magazine complained that her studio didn’t do enough to promote her!) and she relocated to Hollywood to join Universal in 1916, the year before Essanay folded. Writing and directing soon followed. Over the next decade she worked for a number of studios, retiring in 1928 with the coming of sound. The Western Rosalind at Redgate (1919), in which she plays the eponymous heroine, is the only of her directorial efforts known to survive. In 1927, she married Felix Hughes, the uncle of Howard Hughes, and threw herself into gardening, cooking, and charity work. She died in 1948.

About the Preservation
The Gilded Cage was preserved in 2013 at Colorlab Corp. from a 35mm tinted nitrate release print found at the New Zealand Film Archive. The work was supervised by the Library of Congress and funded by the NFPF.

Further Reading
The Women Film Pioneers Project features biographies and filmographies of women active in the early film industry as producers, directors, writers, editors, cinematographers, and exhibitors as well as actresses. Many thanks to Stonehouse Signs of Colorado for providing information on Ruth Stonehouse’s father, the company founder.