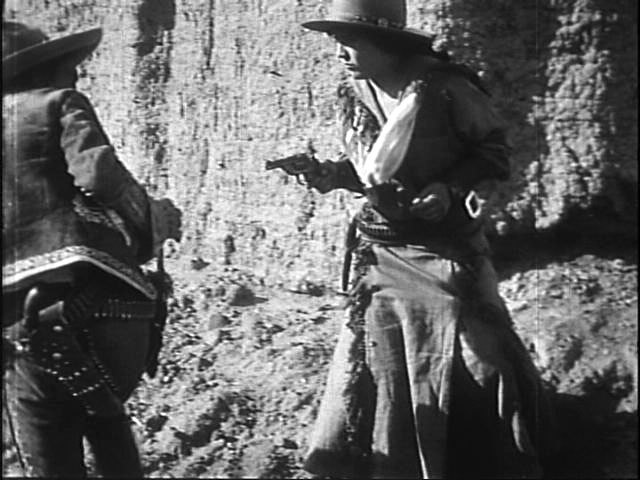 Although Vitagraph had filmed in Tucson as early as 1910, Éclair American was probably the first movie company to put down roots in the Arizona town. To capitalize on European interest in the Mexican Revolution, the French-owned motion picture firm dispatched director Webster Cullison from its Fort Lee, New Jersey headquarters in October 1913 to start a western branch. Cullison, familiar with Tucson from his film work with the Lubin Company two years earlier, set up a studio at 430 North Main Street. Most of the Éclair production staff followed when the Fort Lee facility burned in March 1914. Westerns were the new unit’s primary fare, but the crew also made dramas and children’s comedies that capitalized on local talent and scenery, and even filmed a play written by a hometown authoress.

Among the 80-some-odd films made by Éclair in Tucson is The Girl Stage Driver, starring Edna Payne as a resourceful Westerner named Ruth. From an acting family, Payne started out in vaudeville before playing juvenile roles on the theater circuit. In 1911, she went West with the Lubin Company, making several dozen one-reelers as an “outdoor girl.” “I can’t get used to the business end of a cow,” she told Motion Picture Story Magazine in 1913, “but when it comes to horseback riding, I think it is the greatest sport in the world.” She signed on with Cullison the next year as part of Éclair’s Arizona studio and appeared in A Tale of the Desert, The Caballero’s Way, The Aztec Treasure, and similar titles.

The Girl Stage Driver plays like a one-reeler stretched into two. When the stagecoach driver is murdered by the El Paso Kid and his sidekick, Ruth takes up her father’s reins. On the road, she too fall preys to the bandits, who steal the stage’s gold cargo. The sheriff, Ruth’s sweetheart, rescues her, but he is taken captive by the desperados. The plucky Ruth rescues him once, and then again. Finally, with the help of a posse, the badmen are rounded up for good. Motion Picture News complained that the plot has “a little too much escaping and recapturing” but praised the Arizona settings.

Released on December 2,1914, The Girl Stage Driver was among the last films completed by Éclair in Tucson. In the following weeks The Tucson Daily Citizen announced that company was relocating to the West Coast and had let go most of its 60 players. There were allegations that the move was prompted by squabbles with up-scale neighbors and gouging by local merchants, but it came out later that the Éclair was short on funds. The war in Europe had cut into the French firm’s market. In Los Angeles, Payne was among the company stalwarts picked up by Ideal and then Universal, Éclair’s former distributor, and appeared on the screen until 1917.

About the Preservation
The Girl Stage Driver was preserved in 2012 at Film Technology Company, Inc. from a 35mm nitrate release print found at the New Zealand Film Archive. The work was supervised by the Museum of Modern Art and funded by Universal Studios as part of the match for the NFPF’s NEA-supported Save America’s Treasures project.