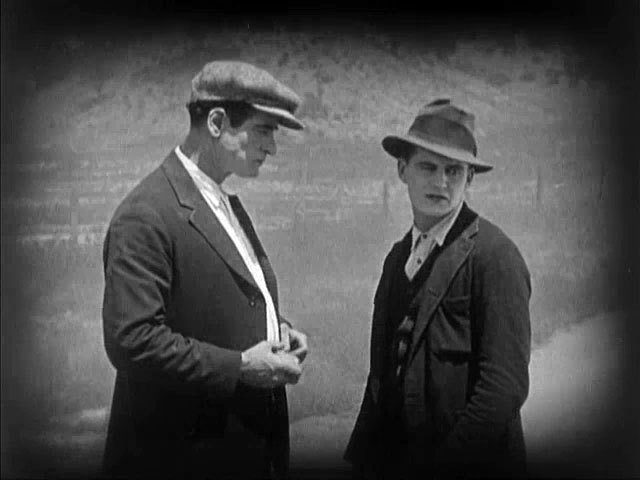 Ida May Park (1879–1954) was one of the “Universal Women,” eleven female trailblazers who directed at least 170 releases for Universal Film Manufacturing Company between 1912 and 1919. At the peak of their success in 1917, women directors were credited with more than six percent of the studio’s output. Park, like many, had other roles too. In addition to directing 14 features (11 at Universal), she wrote scenarios for some 58 titles and assisted in production. For several of her own films, she is also said to have done the editing.

An actress from Los Angeles, Park got her start writing for Universal in 1914 in the same year that her husband, Joseph De Grasse, signed on as director. According to the trade papers, she worked hand-in-hand with him and, in 1917, took over the director’s chair to alleviate his workload. It is hard to assess Park’s contribution at Universal because so few of her films survive. (Of all the Hollywood companies, Universal has the lowest silent-era feature survival rate). After leaving the studio in 1919, she did short stints as a director for independent producers L. J. Gasnier and Andrew J. Callaghan, remaining sufficiently upbeat to write an essay for a 1920 career guide about the “limitless” directorial opportunities for women once they were “in the game.” But Park could not find another permanent berth. The Hidden Way, directed by her husband, is among her last writing credits.

The film tells the tale of three ex-cons who finally go straight, through the redemptive power of love. After rescuing Mary from certain death, the “three bad men” meet her saintly mother and stay on to help on their farm. (The story was nothing new. Indeed, veteran Western actor Tom Santschi, who plays one of the released outlaws here, has a nearly identical role in John Ford’s Three Bad Men, released just a few weeks later.) In The Hidden Way, two of the ex-cons conspire to steal the family’s tiny nest egg, but through plot twists involving a medicinal spring, a wronged woman, a villainous Casanova, his avaricious father, and government inspectors (!), the pair eventually see their error and join the third in turning over a new leaf.

Although redemptive love is a creaky theme even for a 1926 melodrama, the feature is a cut above the usual due to its able direction and location shooting. Another plus is the solid cast, led by Santschi as the hardboiled Bill and Ned Sparks, already chewing his cigar, as the fast-talking pickpocket Mulligan. The independent production was barely reviewed in the United States and did not find a domestic audience. But an exhibition print made its way to New Zealand (possibly after Lewis J. Selznick took charge of Associated Exhibitors) and, fortunately for viewers today, found its own redemption through a Save America’s Treasures Grant.

About the Preservation
The Hidden Way was preserved in 2013 at Colorlab Corp. from a 35mm tinted nitrate release print found at the New Zealand Film Archive. The work was supervised by The Museum of Modern Art and funded as part of a Save America’s Treasures grant, secured by the NFPF.

Further Reading and Viewing
The Women Film Pioneers Project documents women active in the early film industry both in front of and behind the camera. For more about women at Universal in the 1910s, see Mark Garrett Cooper’s Universal Women: Filmmaking and Institutional Change in Early Hollywood (2010).

Tom Santschi (1880-1931) acted in more than 300 silent films. Beginning his career at the Selig Polyscope Company, the young Santschi appears in the studio’s Yosemite adventure The Sergeant (1910), available on DVD in the NFPF’s Treasures 5: The West and also preserved through the New Zealand Project. He plays another tough character in John Ford’s Three Bad Men (1926), presented on DVD in the Ford at Fox Collection: John Ford's Silent Epics (2007).