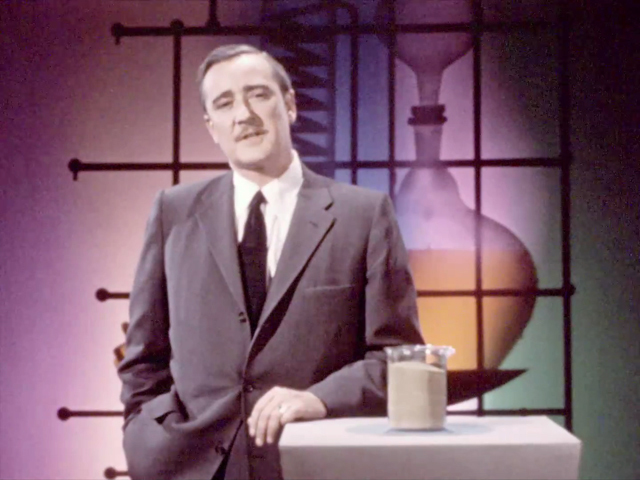 Film made to celebrate the chemical company’s 50th anniversary and to promote the role of chemistry in resource conservation and agriculture. A ghost from ancient times, a farmer, and a scientist each stand before a gateway: the first, a crumbling Mediterranean farmhouse; the second, a well-kept barn; the third, a modern research laboratory. Each represents an approach to harnessing science for the good of humanity. The enigmatic film points out the imbalance between diminishing natural resources and increasing consumption and argues that conservation should be seen as a business opportunity.