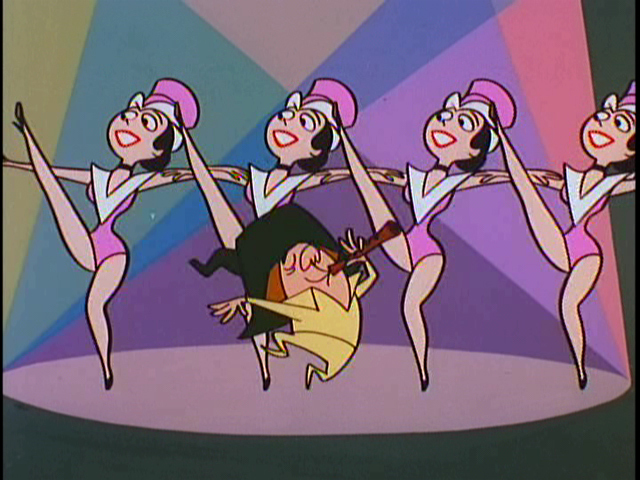 In the early 1910s just about every local Chamber of Commerce—from Redlands, California, to Chattanooga, Tennessee—was sponsoring a film to advertise the scenic, industrial, and commercial attractions of its own city. Even the Chamber of Commerce of Washington D.C. felt the need to do some cinematic boosting: “As it is impossible for every American to see his capital, the city can be taken, in a pictorial sense, to every part of the country” (Moving Picture World).

Civic pride was part and parcel of national pride and patriotism. When President Taft addressed Congress in 1911 about the need for a central organization to keep in touch with the multitude of chambers of commerce across the country, he was responding to the threat of an increasingly radical labor movement that was expanding its vision and strategies beyond the local level. Four months later the United States Chamber of Commerce was founded.

During the 1950s the US Chamber of Commerce launched a nationwide audio-visual service program for its members to use with their communities. The films produced at this time were more ambitious than the local booster films of the 1910s that simply sought to attract tourists and settlers to their towns. Now the country was in the midst of a global Cold War between the forces of capitalism and its opponents. The stakes were much higher, and sophisticated means were needed to instill in Americans “a greater public sentiment for private enterprise.”

The US Chamber of Commerce hired John Sutherland, the influential sponsored-film producer who got his start in movies as one of the writers on Walt Disney’s Bambi. After leaving the Disney Studio, Sutherland was hired during World War II by the Department of Defense to create educational and training films. After the war he started his own production company and produced cartoons for United Artists, but it was in the late 40s that he was presented with the opportunity that would define his career. The Sloan Foundation commissioned him to create a series of animated propaganda films extolling the virtues of the American system of free enterprise, among them Make Mine Freedom (1948), and Albert in Blunderland (1950), a critique of New Deal liberalism.

The Story of Creative Capital follows in the vein of these earlier films. Based on the 1955 pamphlet “This Is du Pont: The Story of Creative Capital”, it shows how personal investment makes the average Joe a partner in America’s ever-growing economic affluence. Riffing on the story of Rip Van Winkle, the film features a singing-and-dancing elf named Alf who is summoned by one such Joe who despairs of ever amounting to anything and would rather just sleep away the next 20 years. Instead Alf takes him back to colonial times for a lesson in entrepreneurship and good old American stick-to-itiveness. In the end, this Joe learns that he is not just another cog in the wheel but a dynamic part of the industrial system and that he is blessed with the opportunity to make things better for himself and his country.

Though the ideological message of The Story of Creative Capital may have lost some of its fizz over the intervening years, the film remains as entertaining as ever thanks to its extremely talented group of animators, whose decades-spanning work ranges from Mister Magoo and The Bullwinkle Show to He-Man and The Smurfs, and composer Les Baxter, a frequent collaborator of John Sutherland best remembered nowadays for his “exotica” albums and B-movie soundtracks.

About the Preservation
The Story of Creative Capital was preserved at Colorlab in 2009 from a 35mm release print in the Chamber of Commerce of the United States of America collection at the Hagley Museum and Library. The work was funded with a preservation grant from the National Film Preservation Foundation.

Further Reading and Viewing
For more information about John Sutherland and his cartoons, see “Animating Ideas: The John Sutherland Story” by Tom Heintjes on the Hogan’s Alley website. Included in the article are links to Sutherland films available for viewing at the Internet Archive.

About the Archive
The Hagley Museum and Library collects, preserves, and interprets the unfolding history of American enterprise. Its collections document the interaction between business and the cultural, social, and political dimensions of American society from the late 18th century to the present. Besides the records of the Chamber of Commerce of the United States of America, Hagley’s holdings include the archives of trade and business organizations, such as the National Association of Manufacturers, Avon, and the DuPont Company. The museum is housed on the former site of DuPont’s original gunpowder works, founded in Delaware in 1802.