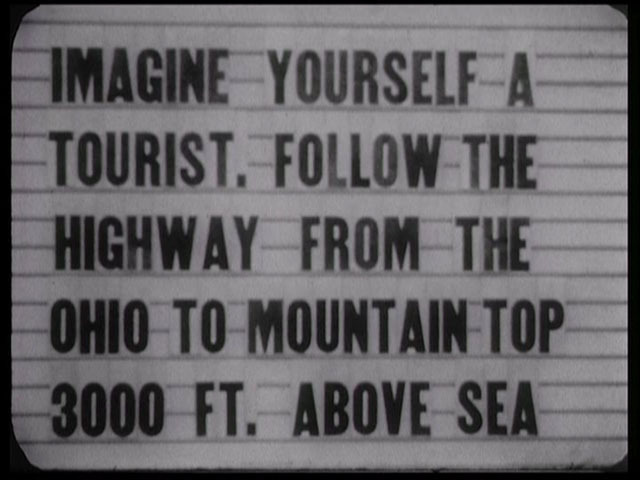 Home movies were in their infancy when Rev. Ottis Rymer Snodgrass took up the 16mm camera to document his beloved home state. In Hollywood movies of the 1920s, West Virginia was caricatured as a land of feuding families and impoverished coal miners. Rev. Snodgrass, born in White Oak, West Virginia in 1883, knew the state as it really was and probably learned firsthand about these misconceptions as he trained for his divinity degree at Columbia University. Returning to West Virginia after completing his studies, he built a church in the state’s largest city, Huntington, before becoming a smaller-town pastor, probably in St. Albans.

With few filmmaking resources, Rev. Snodgrass created a heartfelt response in West Virginia, the State Beautiful, a feature-length, 16mm amateur documentary. Kodak had only introduced the 16mm film six years earlier, as a safe, nonflammable alternative to the 35mm nitrate film used by commercial filmmakers. The 16mm cameras and projectors were portable, lightweight, and easy to operate. Amateurs embraced the new gauge and formed cine clubs where they could show their films and trade moviemaking advice.

As a filmmaker in a small town, Rev. Snodgrass developed his own technical solutions. The film’s unusual intertitles were photographed on the sermon board outside his Methodist church. Indeed, the film restores “amateur” to its root meaning: One who takes to his craft out of love.

West Virginia, the State Beautiful is organized as a series of scenic vignettes taken during an auto trip eastward on Route 60, known as the Midland Trail (not “TRIAL,” as on the sermon board). This route, first proposed by George Washington in 1783, had been upgraded for automobiles in the 1920s and is portrayed here as a source of civic pride.

Rev. Snodgrass probably screened his 75-minute travel documentary for church and civic groups. The five excerpts included here begin with the start of the tour in the border town of Kenova, whose name is laid out in an intertitle (“KEN. O. VA.”) to drive home its derivation from the first letters of the states the town touches: Kentucky, Ohio, and (West) Virginia. In Huntington, Route 60 runs down busy Fifth Avenue and past the International Nickel Company, opened six years earlier and rightly labeled in the titles as the world’s largest nickel alloy plant. Farther east in the higher Appalachians are glimpses of sheer “LOVER’S LEAP” cliffs (before the Hawks Nest Dam was built in the 1930s) and lumber-industry trains geared for the steep hills. Rev. Snodgrass closes with a homemade sing-along slide for the state song, “The West Virginia Hills.” —Scott Simmon

About the Music
I hope that Rev. Snodgrass would have approved of my decision to play “The West Virginia Hills” not just when the words of the song appear on-screen at the end of the film but also at the beginning, as well as for various panoramic scenes, as a kind of refrain. It is a song whose noble simplicity makes it worth hearing more than once. The music, written in 1885 by H.E. Engle, consists entirely of a four-part vocal setting, easily handled by a community chorus. (The words were written in 1879, reportedly by the Rev. David King, although his wife, Ellen King, is credited on sheet music.) The other principal pieces in the score are familiar patriotic tunes, some played in march style, and a fine actual march, “American Patrol” by F.W. Meacham. Just as these pieces offer some energetic musical contrasts to the restrained state song, so their words and titles take the film’s enthusiastic appreciation for the beauties of West Virginia and extend it to America as a whole—as if to say that similar films could be made about the other forty-nine states, and perhaps already have been. —Martin Marks

About the Preservation
West Virginia, the State Beautiful was donated to the West Virginia Archives in 1992 by Bill and Irene Low and preserved in 1996 through an American Film Institute/National Endowment for the Arts preservation grant.