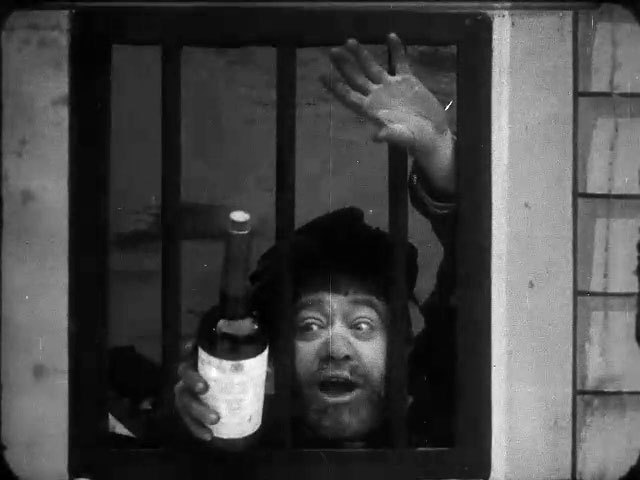 Esperanto is an international auxiliary language created in 1887, and it was also the name of a movie company that existed briefly during the silent-film era.

The American cinema began on the East Coast, and although by 1915 a substantial portion of filmmaking was centered in California, there was still plenty of regional production happening, with studios in Chicago, Pennsylvania, Florida, and elsewhere. Many of these regional units would sell their films to larger studios or distributors, which often would need product to fulfill their contracts with exhibitors. Producer Hal Roach did this when he set up his Rolin Film Company in 1915, selling his first shorts to Universal and the Sawyer Film Corporation before getting his own distribution deal with Pathé Exchange.

The Esperanto Film Manufacturing Company was founded in Detroit, in the summer of 1914. Its officers and funding came from prominent Detroit businessmen, and the company set up shop in a studio that had belonged to the defunct Columbia Educational Motion Picture Company. The managing director of Esperanto was Louis Myll, an overlooked stage and film veteran who had entered show business at 18 as a cornet player and had a varied background in vaudeville and amusement parks, as a manager of F.A. Mills Music Publishing, and as a stage director for six years under David Belasco, along with a decade with the legendary stage star Mrs. Leslie Carter. He started the film phase of his career with producer George Kleine, working in Italy on the production of Du Barry (1915) and then supervising Kleine’s overall production.

Myll’s wife, stage actor Corah Adams, was going to direct the films, and their intention was to produce a new comedy every week and a three-reel drama every three weeks. But before they could settle down to this schedule, it appears that the company got started off on the wrong foot with an elaborate feature starring Detroit-based stage star Norman Hackett that was shot over the summer of 1914 in the wilds of Canada. Despite all the effort it seems that The Painted Wilderness was never finished or released. In 1915 the most famous member of Esperanto was hired to become its chief cameraman—Arthur Miller. Later known for his cinematography on classics such as How Green Was My Valley (1941) and The Song of Bernadette (1943), Miller had just finished as an assistant on The Perils of Pauline (1914), and Esperanto was his first job as main cameraman.

Miller later remembered in One Reel a Week, his 1967 joint memoir with producer Fred Balshofer, that the company mostly turned out comedies, getting its casts from the local Avenue Theatre stock company. Performers for Esperanto included Sue MacManamy (Mrs. Otto Kruger), Ralph Worsley, and Billy Slade, who went on to work for a variety of small companies, such as the Vim Comedy Company and the Eagle Film Company, and with the performers Oliver Hardy and Victor Moore. When Ciderville Went Dry was released in February/March of 1915 by Pathé, which was also putting out product from small units like the Balboa Amusement Producing Company, and while we don’t have other titles it’s likely that a number of their one-reel comedies came from Esperanto. Miller mentioned that it also supplied one-reelers for the Essanay Film Manufacturing Company.

Although money was coming in from Pathé and Essanay, it appears that Esperanto folded sometime before the end of 1915. Myll returned to New York to work for Kleine and created The Mishaps of Musty Suffer, a cartoony and surreal comedy series produced in 1916 and 1917 that starred Harry Watson Jr. and has been revived on DVD. After this he retired and moved back to Detroit, where he did well in real estate and died in 1939. Miller went from Esperanto to shooting the features of director George Fitzmaurice until 1925 and from there worked with some of the biggest directors in Hollywood, winning two Academy Awards for cinematography before retiring in 1951. Esperanto itself has been forgotten, with only When Ciderville Went Dry surviving to provide us with a tantalizing footnote to its early Detroit filmmaking.

About the Preservation
When Ciderville Went Dry was preserved in 2014 at Colorlab Corp using a 35mm nitrate print from EYE Filmmuseum. The intertitles were translated from the Dutch and are modern recreations. The work was supervised by the Library of Congress with funding provided by the National Film Preservation Foundation.