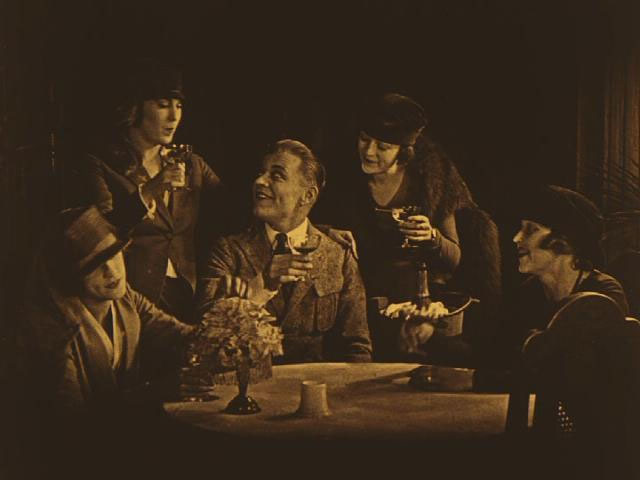 The Christie Film Company, started in 1916 by Alfred and Charles Christie, specialized in light comedies. By the time the brothers founded their own studio, Al Christie had already directed nearly 200 films and had grown tired of “the rougher forms for alleged humor, the ‘hokum’ and the ‘gags’” (Moving Picture World, 1920). Rejecting slapstick, he now wanted to make “light stories of young people, leaving out the so-called funny disguises.” The independent studio set up shop in a modest Sunset-and-Gower Street facility, rented from Universal, and put “stories first and laughs second.” It was there that Hollywood stars Betty Compson, Colleen Moore, Dorothy DeVore, Spencer Williams, Marie Prevost, and William Beaudine, the director of Why Husbands Flirt, all got their start.

Al Christie, the director and producer of many of the company’s films, was an advocate “situational” humor. In a pamphlet on the subject in 1920, he advised: “Write about real people and have as much real motive behind their actions as possible. You may deal with unusual happenings and…a certain amount of coincidence, but in the main attempt to be as plausible and logical as possible.” The coincidences in Why Husbands Flirt may stretch the bounds of the plausible, but films like these laid the foundation for the screwball comedies of the next decade.

In this short, a restless newlywed, tired of the routine of married life, decides to sow a few more wild oats. Little does he realize that the young woman he’s singled out for a dalliance is his wife’s school chum, visiting from out of town. Complications ensue when the girls decide to teach the errant husband a lesson. —Leslie Lewis

About the Preservation
The only known print of Why Husbands Flirt was discovered at the New Zealand Film Archive in 2010. Thanks to a generous donation by Frank Buxton and Cynthia Sears to the NFPF, the original 35mm tinted nitrate print was preserved to new film stock by Colorlab, under the direction of George Eastman Museum. The film is part of the Save America's Treasures project, undertaken by the NFPF in 2011.

The Christie Film Company is thought to have produced more than 600 titles. At the time the films were popular and widely distributed, but after the studio folded in the 1930s, most of the library disappeared. The few titles that resurfaced on television in the 1950s survive in truncated 16mm versions that replaced the original intertitles with a new soundtrack.