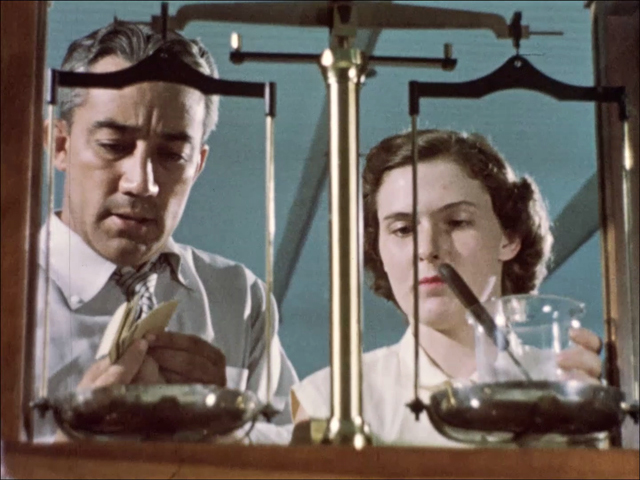 Informational film explaining the work of the New York Stock Exchange. The short describes types of stocks, the function of brokers and investors, and how stocks support business and industrial activity across the nation. Howard Thompson called the film “devastatingly original” and praised its “exciting color photography.”

Note: Your Share in Tomorrow premiered on the exchange floor in New York and was shown in 52 other American cities on the same day. Produced in Eastmancolor. Also distributed in 16mm.