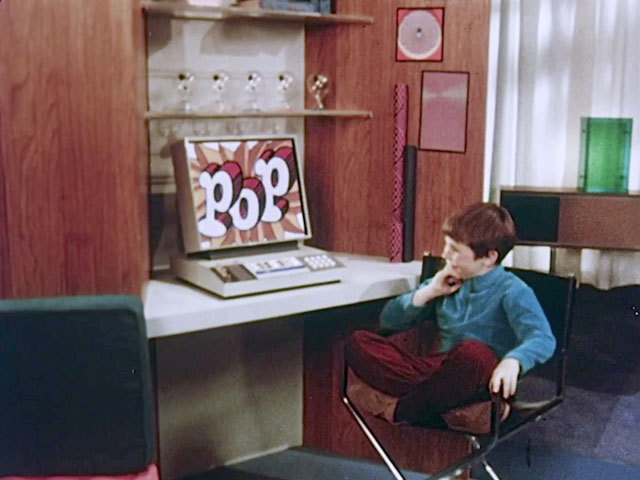 A whimsical yet serious-minded look into the future sponsored by the appliance and radio manufacturer. In the “1999 House of Tomorrow,” each family member’s activities are enabled by a central computer and revolve around products remarkably similar to those made by the sponsor. Power comes from a self-contained fuel cell, which supports environmental controls, an automatic cooking system, and a computer-assisted “education room.”