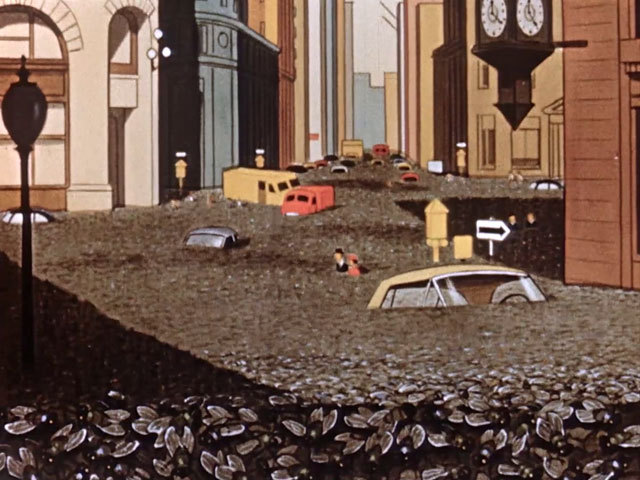 Film promoting the insecticides manufactured by Sinclair. Greatly outnumbered, humans are in continual war with insects and must fight back. 500,000 to 1 shows how pests are controlled by quarantine as well as through chemical, mechanical, and biological weapons.