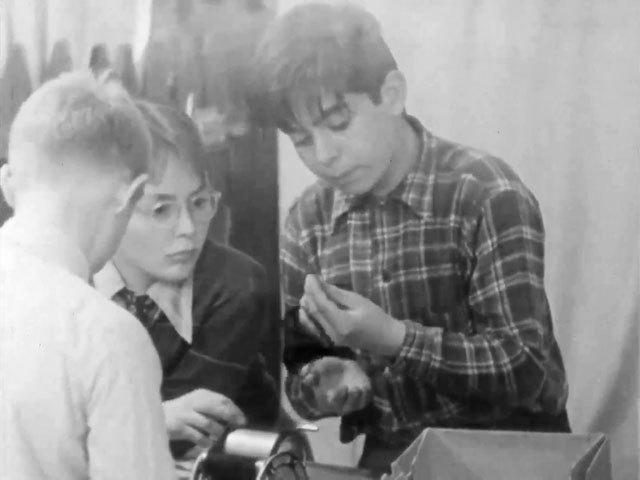 Training film made for mental health and social workers. Activity Group Therapy explores the development of socially maladjusted boys, 10 and 11 years old, over 65 weeks of activity group therapy. Using concealed cameras and microphones, the film records how the subjects act out their disturbances and documents their interactions with a therapist and with other boys. A dense and absorbing record of children’s vernacular speech and body language, this unrehearsed film argues for encouraging troubled boys to form a club and work things out themselves.