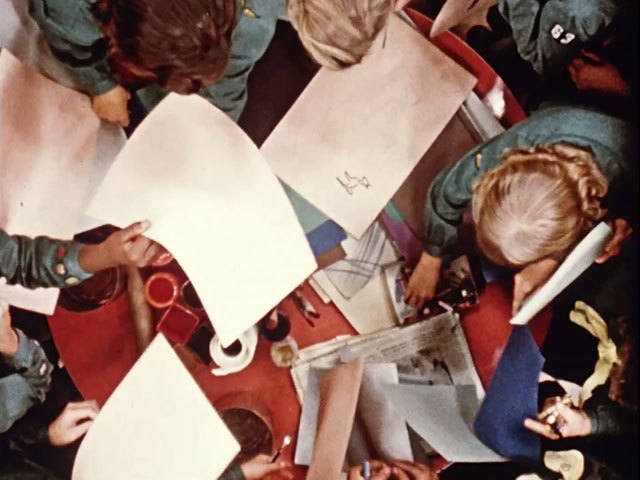 Film produced for Girl Scout leaders that shows ways in which adults can encourage children to be creative in an age of standardization. After a troop spends an afternoon at a county fair, the scouts use drawing, painting, and sculpture to describe what they have seen. Howard Thompson called Adventuring in the Arts a “fine, off-beat little picture that does everyone concerned proud.”