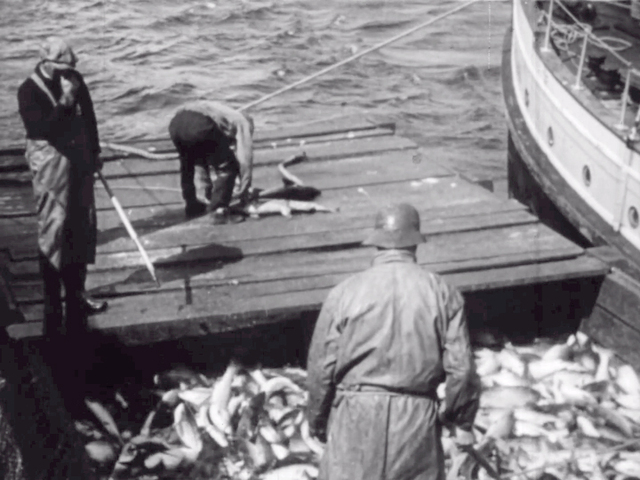 Travelogue in three sections narrated by Father Bernard Hubbard, known as the “Glacier Priest” for his highly publicized Arctic excursions and lectures, and released by a manufacturer of canning equipment used to pack Alaskan fish. The first segment introduces the regions of Alaska, the second shows the life cycle of the salmon, and the third illustrates salmon netting and canning.