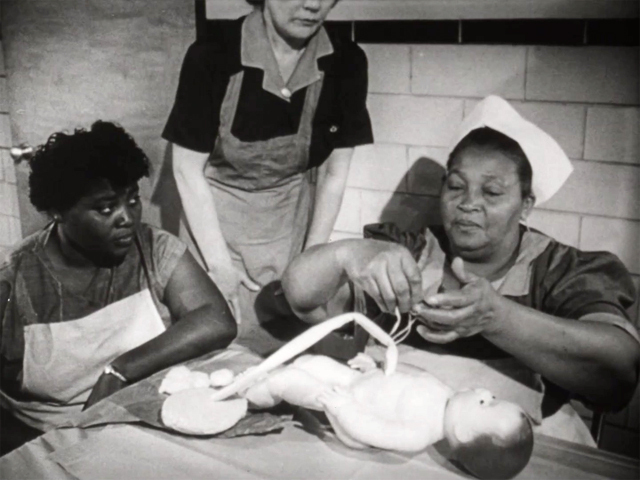 Portrayal of African American midwives in rural Georgia, with a focus on the work of Mary Coley in Albany. The film traces the course of pregnancy through birth.

Note: Although designed principally for training certified midwives, the film was widely praised and screened for broader audiences. Selected for the National Film Registry. For more about George Stoney, see Lynne Jackson, “Filmography,” Wide Angle 21, no. 2 (1999): 168–81.