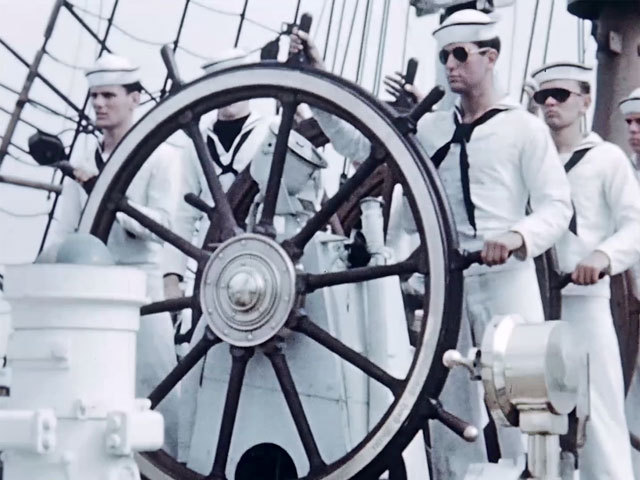 Promotional film for the U.S. merchant shipping fleet that emphasizes its importance in war and peace and argues for expanded foreign trade following World War II. The film includes scenes of prewar China.