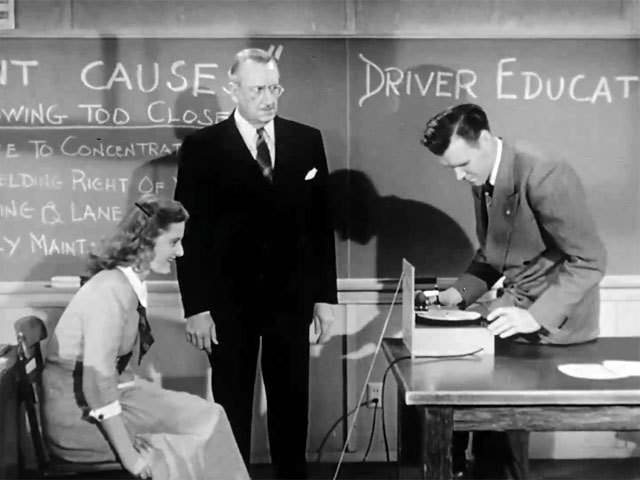 Driving safety film sponsored as a public service by oil companies. Of five drivers who leave home in the morning, only four return, and we wait to learn who the victim is. The film gives considerable discussion to careless driving habits and depicts Angelenos from different walks of life as well as their homes, neighborhoods, streets, and freeways.

Note: And Then There Were Four was shown theatrically in first-run houses before being distributed on the nontheatrical circuit. Received an award from the National Committee on Films for Safety in 1950.