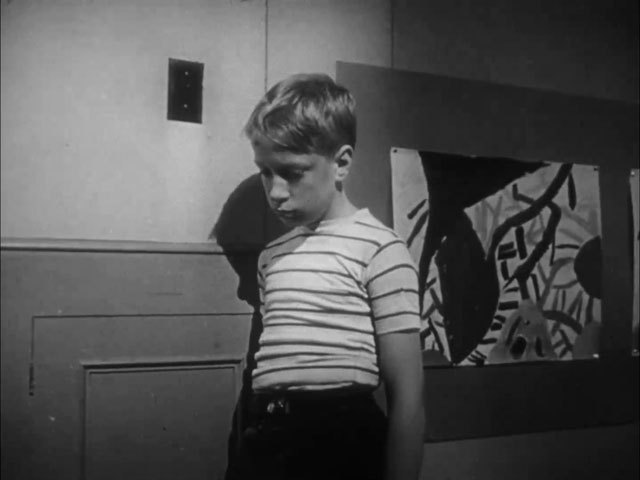 Simple, affecting case study produced for social workers and psychologists and illustrating how counseling can help children come to terms with anger. Young Tommy Randall has been caught stealing money from his teacher’s purse and receives help from a psychiatrist. A psychiatric social worker enables his mother to better understand her relationship with her son. This sensitive documentary is filled with revealing behavioral details.

Note: Shot in the Huron Valley Child Guidance Clinic near Ann Arbor, Michigan. Known for his avant-garde works, Alexander Hammid made other psychological films in the 1950s, including Marriage Today, and also produced large-format films for expositions and museums.