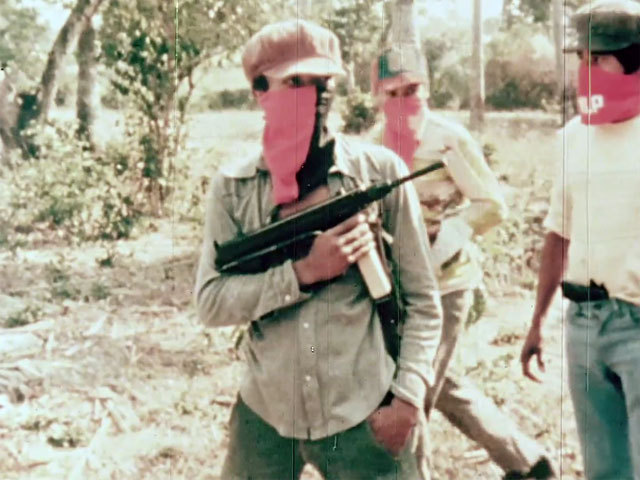 Short suggesting that the Central American conflicts of the era were an indicator of Soviet-Cuban expansionism and a threat to American interests. The piece warns that Soviet-Cuban influence could spread throughout Central and South America and northward. Appearing are Ronald Reagan, Jeane Kirkpatrick, Henry Kissinger, and Alfonso Robelo, a former Sandinista leader.

Note: Produced for television and for nontheatrical viewing. Updated in 1982.