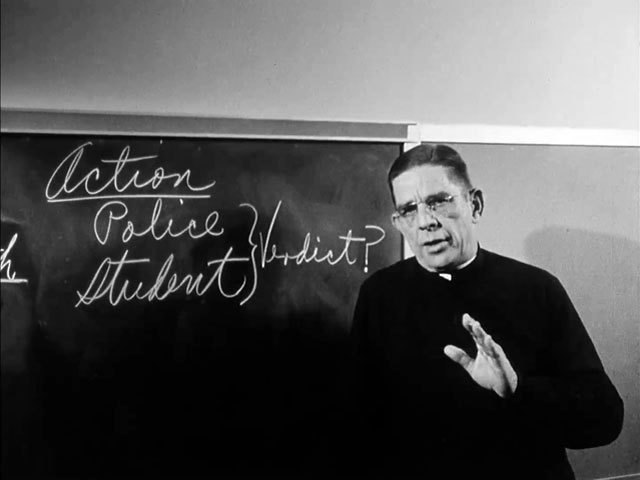 Dissection of the film Operation Abolition, which was produced by the House Un-American Activities Committee to show communist involvement in the protests sparked by its 1960 hearings held in San Francisco. Autopsy on Operation Abolition includes an interview with historian Henry Nash Smith, who attacks Operation Abolition as “a deliberate falsification” but is sympathetic to its anticommunist viewpoint.

Note: The Catechetical Guild is a Roman Catholic educational organization.