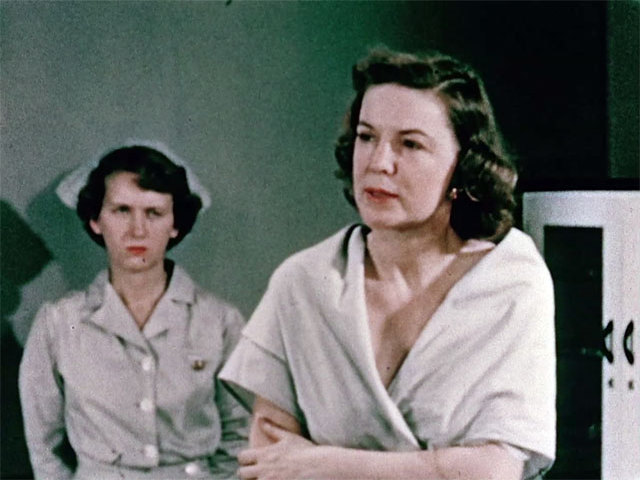 Note: The ACS reported 1,300 prints in circulation in the first year of release. The film was said to have reached 1 million women over the age of 35. Also distributed in a 16-minute version. Revised version, Time and Two Women, released in 1958.