Color and Texture in Aluminum Finishes (1956) 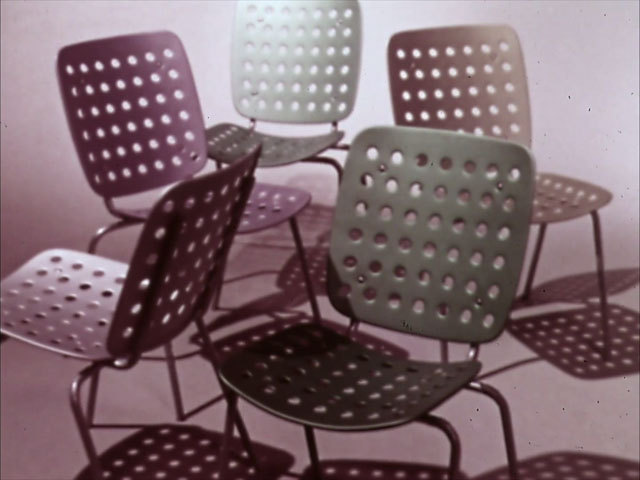 Film from the leading American producer of aluminum illustrating the versatility of the material in building and design. Color and Texture in Aluminum Finishes was singled out in the trade press for its avant-garde qualities and considered by Howard Thompson as “probably the most strikingly imaginative industrial short subject ever filmed in the United States.”

Note: Although originally targeted at design professionals, the short was also successfully shown to general audiences. On Film Inc. continued making critically acclaimed and unusual films, including In the Suburbs and Pittsburgh. Richard Bagley went on to shoot Lionel Rogosin’s On the Bowery.