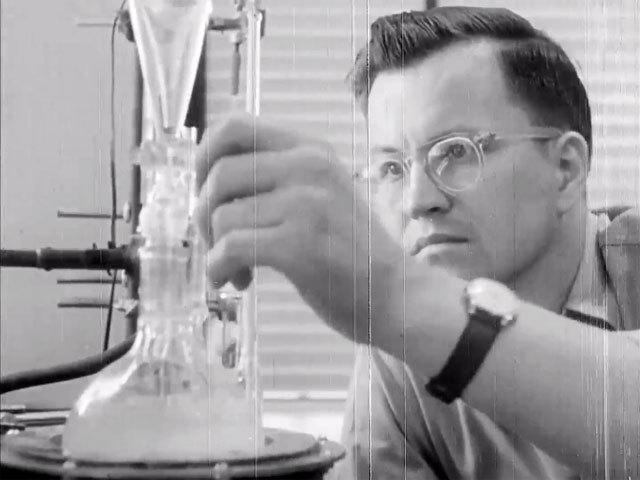 Film surveying the role of chemistry in American life and the central role of the people, products, and plants of Monsanto. Intended for nontheatrical use and broadcast, Decision for Chemistry is structured around questions asked by a young boy.

Note: Also released in 33-minute nontheatrical and 28-minute television versions. A 16-minute version was shown in 1954 on NBC’s Omnibus. The film was selected as one of 20 contemporary American documentaries to be shown at New York’s Museum of Modern Art in 1954. Sidney Meyers also directed the acclaimed documentary The Quiet One.