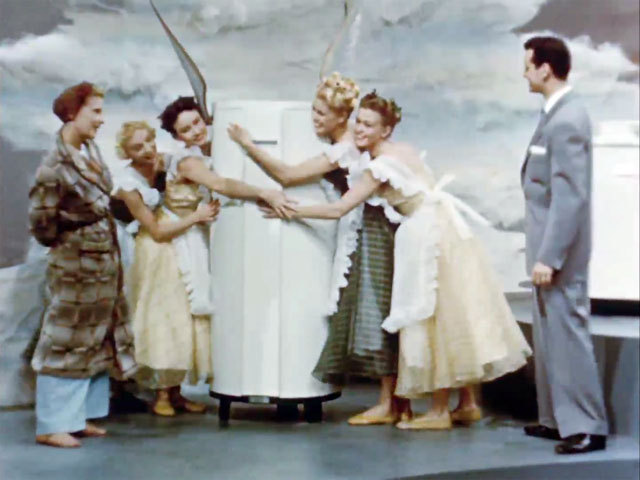 Longest of four dealer promotion films in a two-hour series produced to promote Westinghouse home appliances. Ellis in Freedomland breaks into two parts. In the first, a store manager has a dream in which talking appliances, speaking with the well-known voices of major film and television stars, offer tips on increasing sales. The second introduces “Freedom Fair,” Westinghouse’s spring sales event, and celebrates through a song-and-dance number how the company’s appliances free women from the drudgery of housework.

Note: The cornerstone of “Freedom Fair,” the film series reached 25,000 dealers in 75 cities in a single week. Released in Technicolor and in 16mm.