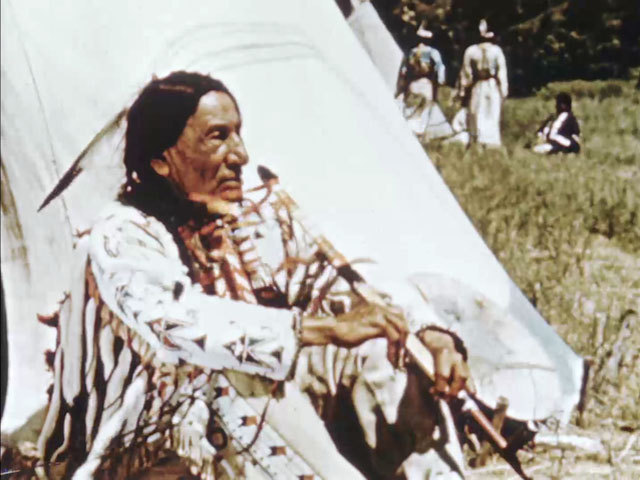 Advertising film for tobacco products profiling the modern Sioux people of the Rosebud Reservation in South Dakota. Fallen Eagle includes reenactments of traditional ceremonies but also points to the economic plight of the current-day Sioux. Improved opportunities, the film suggests, could come from the development made possible by the damming of the Missouri River.

Note: Part of an award-winning series of seven films. According to Business Screen, the sponsor chose a Native American theme to build on the Old Gold cigarette brand’s wooden Indian trademark and to pay homage to the Native American’s gift of tobacco to the world. William Freeman wrote that the Lorillard series was seen by 75 million in the first five years of release. Released in Kodachrome.