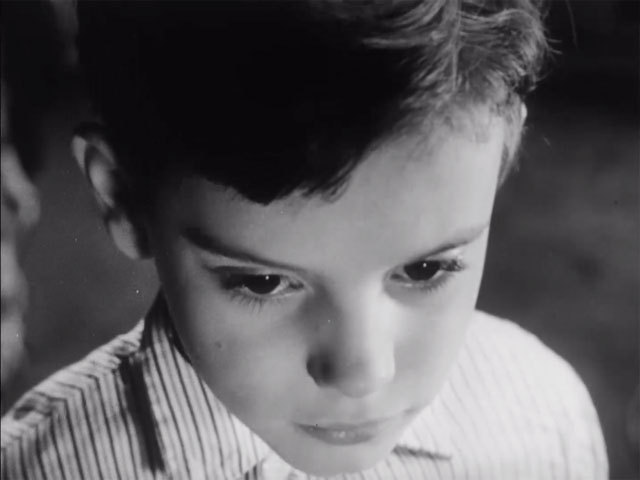 Subtle case study produced for parents, teachers, and mental health professionals on the importance of constructive parenting in overcoming childhood fears. The parents of a healthy five-year-old do not grasp why their child fears entering a cave. The mother tries to be sympathetic, but the father shows impatience. Feeling anger at his father, the child drowns his stuffed bear. After the parents take time to think about their son’s behavior, they resolve to show greater understanding, and father and son reconcile. “Psychiatrists alone cannot solve the mental health problems of our nation,” said a Mental Health Film Board spokesperson commenting on the film. “More and more it will be the responsibility of parents, teachers, nurses, doctors, and ministers” (New York Times, Dec. 12, 1951).