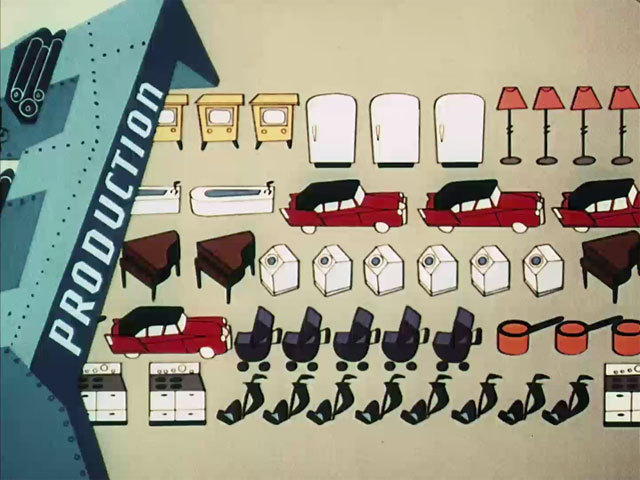 Animated history of the American economic system told from a pro–free enterprise perspective. Free enterprise, the narrator argues, can be traced to the Bill of Rights, and the Founding Fathers regarded “political and economic freedom” as “interlocking inseparably.” However, in contrast to what the film characterizes as the favorable economic climate of colonial America (where individuals had the “freedom to go into business”), today’s government imposes taxes and regulation. The film features John Sutherland’s usual humor and memorable visual devices, including images of the “tax monster,” the tidal wave of war, and paper money riding a railroad train.