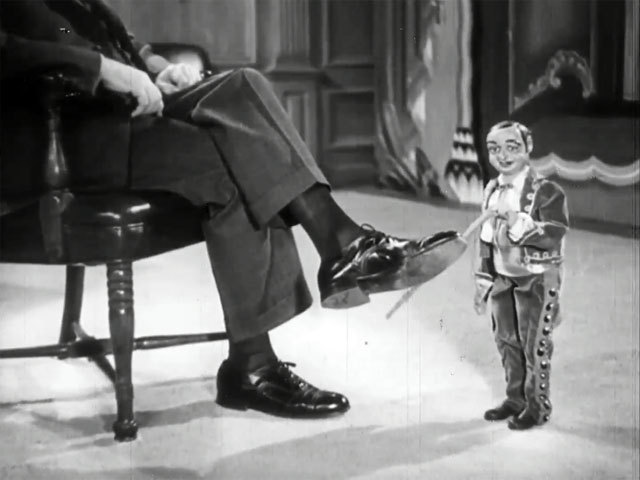 Advertisement for vacuum-packed canned coffee that was produced primarily for screening at the 1939–40 New York World’s Fair. In the narrative a young puppeteer proves to his prospective father-in-law, a coffee packer, that puppeteering is a viable occupation by using marionettes to tell the story of coffee. The young man uses 80 string puppets and deep, dimensional sets to explain how coffee is grown, harvested, roasted, and packed in vacuum cans to retain flavor.